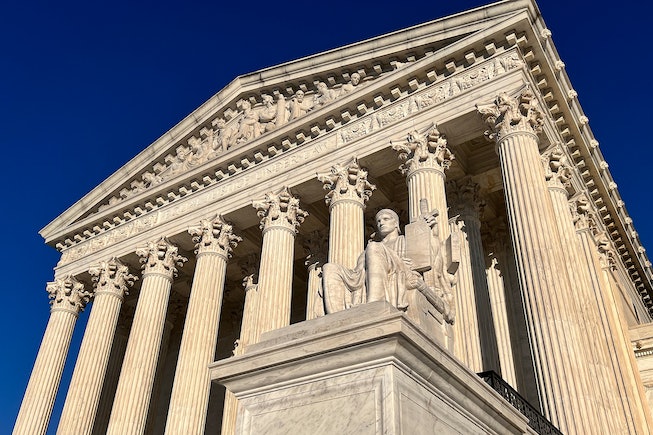 The Supreme Court has officially overturned Roe v. Wade, ending 50 years of federal abortion protection. The court’s conservative majority released its ruling on Friday, June 24, in the Mississippi-based case Dobbs v. Jackson Women’s Health Organization, though it was already rumored to be the likely outcome after a draft of the ruling was leaked back in May.

Passed in 1973, Roe prohibited states from outlawing abortion before viability (considered to be around 24 weeks), and in all cases where pregnancy threatened the patient’s life or health. Without Roe, it will be up to individual states to decide what, if any, abortion protections remain. Experts predict that abortion will be outlawed in at least 26 states, many in the South and Midwest.

Much of Roe was based on the Fourth Amendment’s guaranteed right to privacy. Now, the Court writes: “The Constitution does not confer a right to abortion.” Given that Roe has been cited as precedent in several other influential cases, the rights to other privacy-based life situations, like same-sex marriage and contraception, are also considered under threat. It’s a stark reminder of the interconnectedness of these issues, and the need for solidarity across the board.

So what can those who want to help do? As Quinn Jackson, a Kansas City-based fellow with Physicians for Reproductive Health, told Mic before the Court’s decision, “[Overturning Roe] harm[s] marginalized people the most — including Black and brown communities, LGBTQ+ people, immigrants, and anyone else who is already poorly served by our medical system.”

With extreme abortion restrictions already in place in many states, there is a network of people working on the ground to provide abortion access and care to those who otherwise couldn’t afford it — whether that’s providing transportation, lodging, healthcare, financial help, advice, or all of the above to those needing an abortion in states that otherwise prohibit them.

Donating to local abortion funds can have a direct impact on helping individuals seeking care. While major national organizations like Planned Parenthood are flooded with donations at times like these, there are plenty of local grassroots efforts that can be even more effective and are in need of support.

Where to donate to help those who need of abortions:

The National Network of Abortion Funds is a great place to start. Here, the well-respected national organization provides the option to split your donation between more than 80 abortion funds.

If you want to choose exactly where your money is going, here is a comprehensive list of local abortion funds by state that you can donate to.

SisterSong, a Southern based, Black women led national Reproductive Justice Collective does a wide-range of community-based work to build and protect reproductive rights and care, and can be donated to here.

It’s also a great time to volunteer as a clinic escort, and participate in protests if you’re able (check social media for local protests near you).