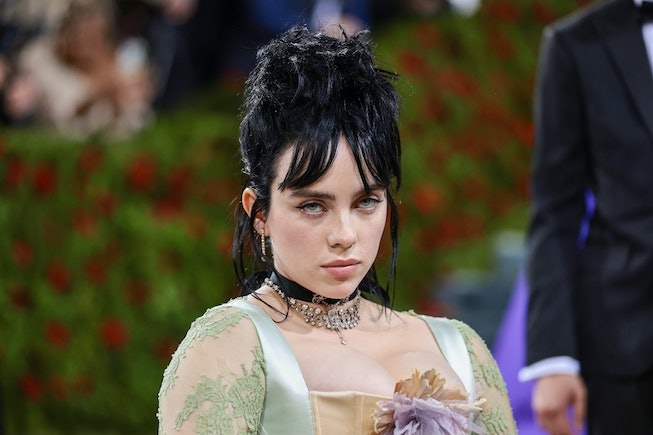 Billie Eilish was recently interviewed by David Letterman, for the talk show host’s Netflix series, My Next Guest Needs No Introduction. During their conversation, the 20-year-old singer opened up for one of the first times about having Tourettes — a syndrome that causes involuntary tics and movements.

“If you film me for long enough, you’re going to see lots of tics,” she explained while on the show. When Letterman asked how people respond to it, she revealed that people oftentimes laugh because they think she’s trying to be funny. “I’m always left incredibly offended by that,” she said.

Eilish later explained that her tics have evolved over time. She currently finds herself wiggling her ear, raising her eyebrow, clicking her jaw, moving her head around, and flexing her arm muscles. The “Happier Than Ever” singer then clarified that her tics don’t appear when she’s performing, focusing on a task, singing, or riding her horse. “These are things you would never notice if you’re just having a conversation with me,” she said, but for me, they’re very exhausting.”

Eilish also told Letterman that she was bothered by her tics in the past, but has since come to accept them. “I have made friends with it,” she said, “so now I’m pretty confident in it.” With her newfound confidence, came the courage to learn more about Tourettes syndrome. The singer expressed that she’s happy to speak in-depth about it, and “really loves” talking about her experience. “It’s very, very interesting and I am incredibly confused by it,” she said. “I don’t get it.”

During their conversation, Eilish also revealed that other celebrities came to her to share their own Tourettes diagnosis with her, after keeping it under wraps. “A couple artists came forward and said, ‘I’ve actually always had Tourettes,’ and I’m not gonna out them because they don’t want to talk about it, but that was actually really interesting to me.”