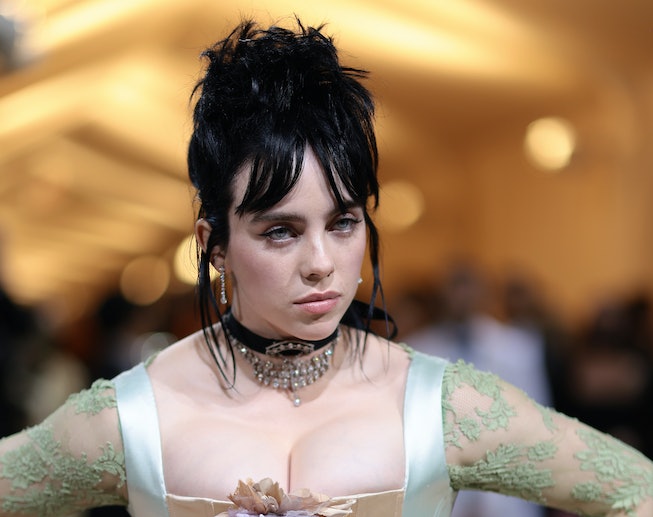 Billie Eilish has often addressed the dark things that young people — and especially women — face through her music, with songs and videos like “Your Power” calling out abusers outright. Now, a new song by Eilish includes references to both the recent defamation trial between Johnny Depp and Amber Heard and the Supreme Court’s impending overturn of Roe V. Wade.

Eilish debuted the new song as a surprise on Tuesday, June 7th at her concert in Manchester, England. Called “TV,” the song — or at least the version Eilish and brother Finneas performed — features a melancholy acoustic guitar melody with equally somber lyrics like: “I don't wanna talk right now / I just wanna watch TV / I'll stay in the pool and drown / So I don't have to watch you leave / I'll put on Survivor just to watch somebody suffer / Maybe I should get some sleep.”

Fan uploaded videos to YouTube show the singer introducing the song, saying, “We haven’t played a new song live before it’s out since 2017 or 2018. This is one we just wrote, and we just wanted to play for you.”

The second verse references the trial and Roe, with lyrics like: “The internet's gone wild watching movie stars on trial / While they're overturning Roe v. Wade.” It ends with Eilish turning the lens back on herself, singing, “Maybe I, maybe I, maybe I'm the problem.”

Eilish is currently on her Happier Than Ever tour in Europe and the UK. The tour will run through the rest of the summer, and Eilish is also set to appear at the six-day Overheated climate conference this week in London.