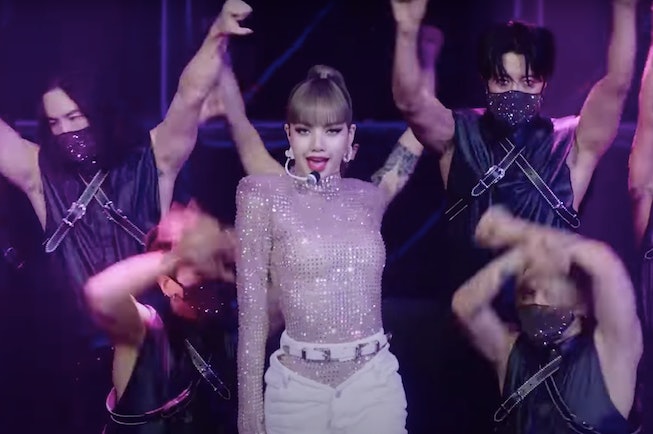 After a year-long wait, Lisa of the K-pop girl group Blackpink has dropped her highly-anticipated first solo album. The Thai singer (whose full name is Lalisa Manoban) first confirmed the project, which dropped Friday, September 10, with an Instagram post. Since then, fans have been celebrating the release of the record, with Lisa marked with her first solo performance of lead single “Lalisa” on The Tonight Show With Jimmy Fallon.

Manoban is the youngest member of Blackpink — known as the group’s “triple-threat” for her impressive rap, singing, and dance skills — and the third person to launch a career of their own. Three years ago, in 2018, Jeannie released Solo, and earlier this year Rose dropped her first EP, aptly titled R.

Here’s everything to know about Lisa’s two-track debut album, Lalisa:

Lalisa is comprised of two singles.

The album is made up by just two songs: title track “Lalisa,” which Manoban performed on The Tonight Show With Jimmy Fallon, and B-side tack “Money.”

The music video for “Lalisa,” which features the singer dancing and riding motorcycles and ATVs, surpassed Taylor Swift’s 2019 video for “ME!” as the most-viewed YouTube music video in 24 hours by a solo artist.

Lisa performed solo for the first time on Jimmy Fallon.

The singer performed “Lalisa” on The Tonight Show With Jimmy Fallon, wearing a ponytail with bangs and a sparkling turtleneck bodysuit.

Editor’s note: This article was updated on September 14, 2021 with new information about Lisa’s album.

This article was originally published on Aug. 23, 2021