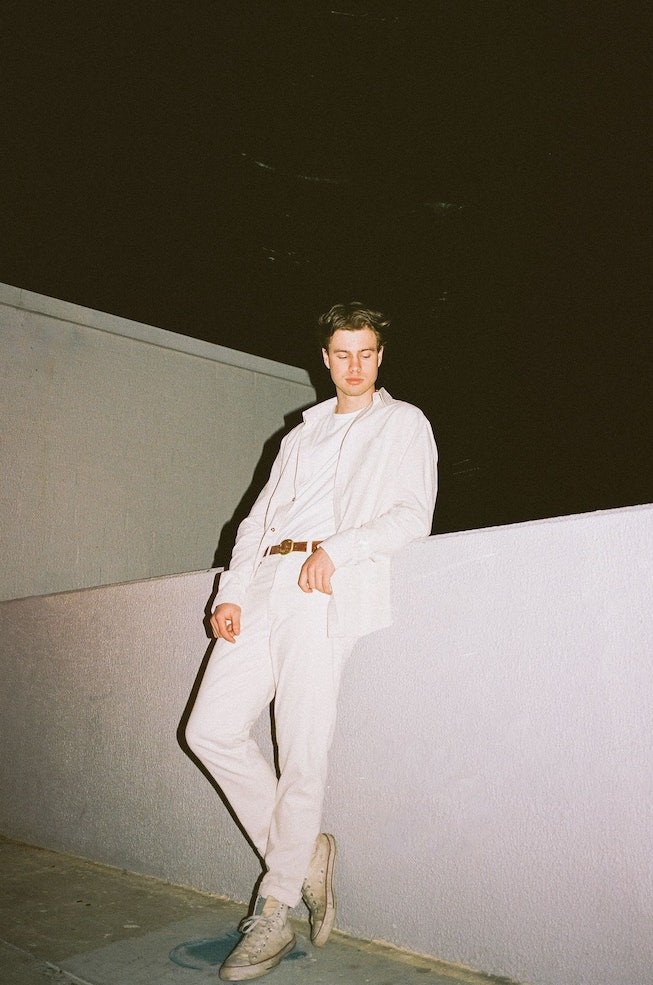 22-year-old Blake Rose has hit the ground running. In 2020, he released his upbeat pop single "Lost" — which wouldn't sound out of place on any top 40 radio station — and it's already racked up streams in the millions. Once Taylor Swift added the track to her "Playlist by ME!" on Apple Music, the song hit new heights.

"That was insane but also so out of the blue! It was definitely the last thing I ever expected I would wake up to that morning and I couldn’t be more grateful to Taylor," Rose tells NYLON of the experience. "To know that an artist of her caliber has even heard my song, let alone likes it enough to put it on her playlist is mind boggling to me."

Perhaps the singer should get used to the fanfare. His bright, clean pop with an indie edge is primed for a global audience, and the success of "Lost" may only be the beginning. For the premiere of the "Lost," video, below, NYLON caught up with Rose from his native Perth, Australia to talk about writing "Lost," his dream collaborators and what it's been like to have the world love his song:

When did you first start making music?

I started making music at about 14-years-old, when I went on a three month road trip around Australia with my family. I had been experimenting with songwriting a little prior to the trip, but this was when I seriously started diving into it. I brought along an acoustic guitar as well as my laptop and would sit in the back of the car writing songs and making beats on GarageBand. These early songs really ignited an intense passion inside me. As soon as we got back to Perth, I set up a little home studio and have been making music ever since.

What was the writing process behind "Lost"?

“Lost” started with just the guitar riff. I was just playing my guitar whilst deep in a conversation with one of my roommates, when I actually stopped and noticed what I had been playing. This turned into, what was essentially the bones of the “Lost” riff. I quickly grabbed my phone and recorded it. I tracked the riff and made a basic beat around it a couple days later. My roommate and I started to sing melodies over it and pretty quickly had almost the whole song down, melody wise. After that it was just a matter of finding the right lyrics. I ended up scrapping and re-writing the verses and chorus about 5-10 times, which is quite unusual for me. “Lost” was the first song I had produced on my own, which was a daunting task but I’m super happy with how it turned out.

What's it been like to have such an amazing reception to the song?

The response has been incredible! It really has given me a lot of self-confidence. I think most artists/creatives constantly go through waves of thinking you’re not good at what you do so having a reception like this just reassures me that I do have something to offer. The best part, for me is when people tell me that this song has sound tracked some amazing life moments. That’s the type of music I have always hoped to be able to make.

Taylor Swift added "Lost" to one of her Apple playlists — how did that feel? Who are your dream collaborators at the moment?

That was insane but also so out of the blue! It was definitely the last thing I ever expected I would wake up to that morning and I couldn’t be more grateful to Taylor. To know that an artist of her caliber has even heard my song, let alone likes it enough to put it on her playlist is mind boggling to me. Honestly, I would love to work with Taylor one day as I think she is a phenomenal songwriter. I’d also really love to work with Matty Healy and George Daniel from The 1975 because I love their music. Ed Sheeran too!

What are you currently working on?

I’m working on a lot of music at the moment, which I’m excited about. I’ve been piling up heaps of ideas over the course of this year and they’re finally starting to come together! This year has been insane, so I’m honestly just going with the flow and seeing where this new music takes me.

Watch the video for "Lost," premiering exclusively on NYLON below: