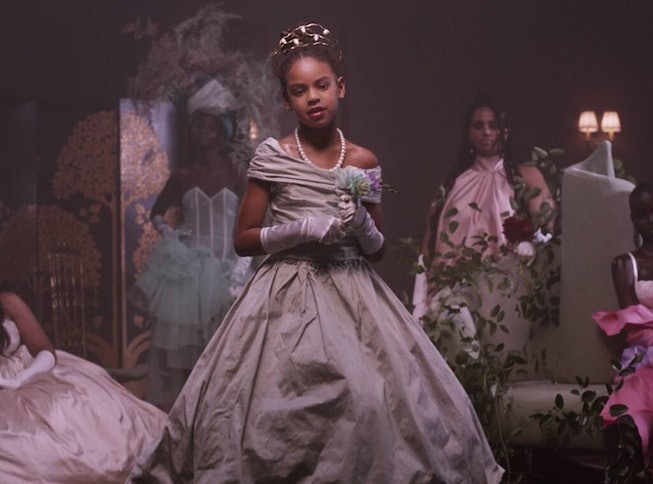 Perhaps to keep us from totally descending into despair this summer, Beyoncé released Black Is King, a stunning visual album that tells the story of a young African king finding his way back home. The film, available to stream on Disney+, celebrates the resilience and culture of Black people everywhere, and features many celebrity cameos, including Lupita Nyong'o, Naomi Campbell, Pharrell Williams and Kelly Rowland. Black Is King — which is a companion piece to The Lion King: The Gift, Beyoncé's curated soundtrack for the Lion King remake that she also starred in — also features Blue Ivy, Beyoncé and Jay-Z's daughter and future superstar herself.

At this point, 8-year-old Blue is an old pro, having appeared in several of her mother's music videos. In Black Is King, the eldest Carter child also sings, crooning the chorus of the previously released "Brown Skin Girl."

The cameos were quickly noticed by fans, who celebrated loudly Blue Ivy's appearance in the film: