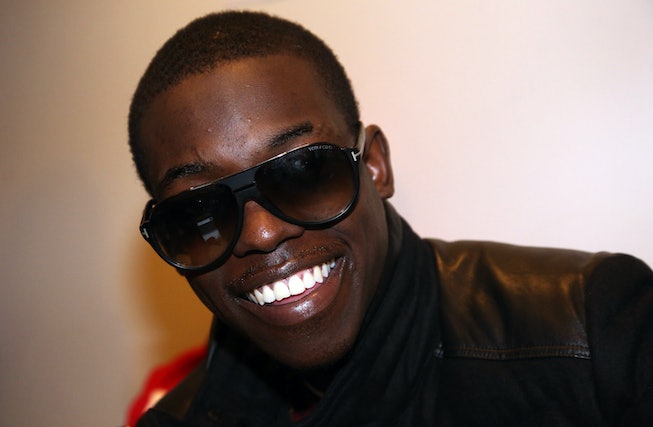 After nearly seven years in prison, Bobby Shmurda is finally heading home. The Brooklyn rapper (whose legal name is Ackquille Pollard) first rose to fame with his 2014 hit "Hot N*gga," which went viral in part for Pollard's dancing in the song's accompanying video. (Did his hat ever come down from the sky? We'll never know.)

Pollard was freed under a conditional release on February 23, 2021, meaning he'll still serve out the rest of his term under parole supervision. The rapper was locked up in 2014 as part of a conspiracy charge brought against him and several of his friends and collaborators, including Rowdy Rebel (Chad Marshall, now free), and Nicholas "Flea Montana" McCoy. Prosecutors at the time said that 20-year-old Pollard and his associated group of rising New York hip-hop artists, who called themselves GS9, were engaged in a web of gang violence.

Pollard took a seven-year plea deal, and has been serving out his sentence ever since with hints of his early release coming and going. But fans have kept the name of Bobby Shmurda alive, guaranteeing his return home will be a triumphant one. Quavo of Migos took a private jet to pick up Pollard from prison, who kept his priorities in order and immediately FaceTimed with his mom, Leslie.

“I am so overwhelmed,” she wrote on Instagram, sharing a video of the FaceTime moment with her son. “And in 6 years 2 months and 5 days and 5.5hrs, I finally feel like myself again."

Quavo shared his own videos on Instagram, captioning one of a Prada-wearing Pollard exiting the private plane, "Did Six And Didn't Switch, Welcome Home!"