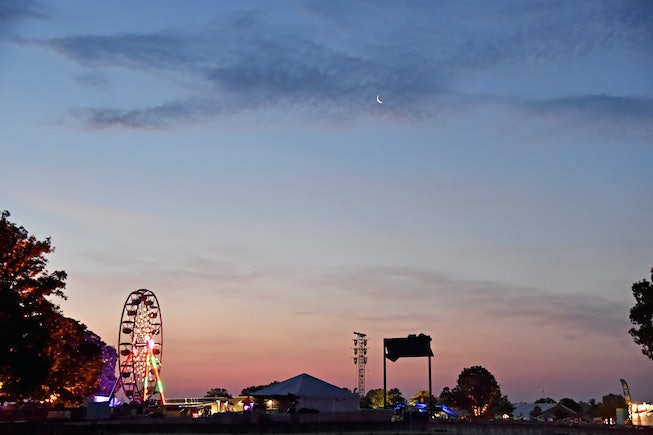 Music fans, brace yourselves, as it's likely that live music — and with that, music festivals — won't be going "back to normal" anytime soon. Bonnaroo has announced that they'll pushing the dates for the 2021 festival to September of next year, making them one of the first major festivals to make that change. The 2021 iteration was originally expected to take place from June 17 to 20 (and was itself, technically, a deferral of 2020's now-cancelled festival) at its usual grounds in Manchester, TN. It's now been pushed back to the weekend of September 2-5, 2021. Those who purchased tickets will have them automatically roll over, and those who would like refunds can get them by visiting the Bonnaroo website.

Since the COVID-19 pandemic essentially decimated the live music industry in March, festival organizers have been tentatively experimenting with new forms of music gatherings which have, more recently, taken the form of drive-in concerts. (Though even those have been executed questionably.) It's no surprise that organizers and concert-goers alike have been itching for things to go back to normal; a few major festivals have already begun announcing their 2021 line-ups including Barcelona's massive Primavera Sound.

Though early estimations from health officials posited fall of 2021 as when live music would be safe to return, more recent speculation by music executives have pushed that date even further. Lollapalooza co-founder Marc Geiger said on a podcast back in July that he felt live music wouldn't be back until 2022. Which — if that's true — we might as well get comfortable with watching live streams for the next year and a half.

Bonnaroo recently wrapped up its virtual festival, Virtual ROO-ALITY, which featured a mix of livestreamed performances and archival footage. The 2021 Festival, if it happens, will also, incidentally, mark Bonnaroo's 20th anniversary.