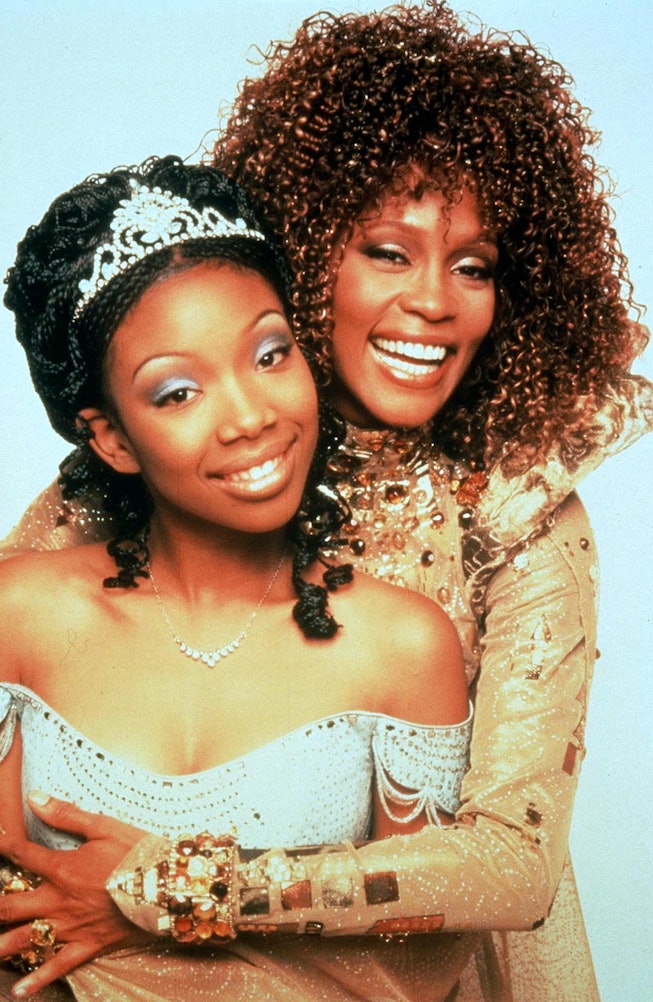 You don't need to me to tell you that Disney’s 1997 adaptation of Rodgers and Hammerstein’s Cinderella is the one. The film had it all — an A-list cast, some of the best singing voices known to mankind, and gowns and jewelry that would make anyone's jaw drop.

Whoopi Goldberg, Jason Alexander, Bernadette Peters starred alongside Brandy, who played the titular role, and the one and only Whitney Houston, who took up the part of the Fairy Godmother. Having a Black Cinderella was monumental casting moment in the 90s (and even in the present day if we're honest) and Brandy made the most of the opportunity; she chose to wear her signature braids throughout the movie, making it a moment for visibility for Black girls watching the film worldwide.

"You know, I had been wearing braids throughout my entire career when I was younger. So that was just my thing. I just absolutely love braids," she explained in an interview with Vulture's Zoe Haylock. "You can still see they’re still in my hair today. That was what I felt would be so much cooler — if Cinderella also had braids, you know?"

She continued: "Because, yes, there’s the first Black princess. That’s amazing. Unbelievable. But what if we just take it all the way back to the motherland. And just go head-on and put the braids right in. I love that they allowed me to have braids. It was so beautiful. It represents who I am, who Black women are. It speaks to our culture."

The musical is just as fabulous 24 years later, and now it's finally heading to Disney+. Catch the film starting February 12 — at the stroke of midnight, of course.