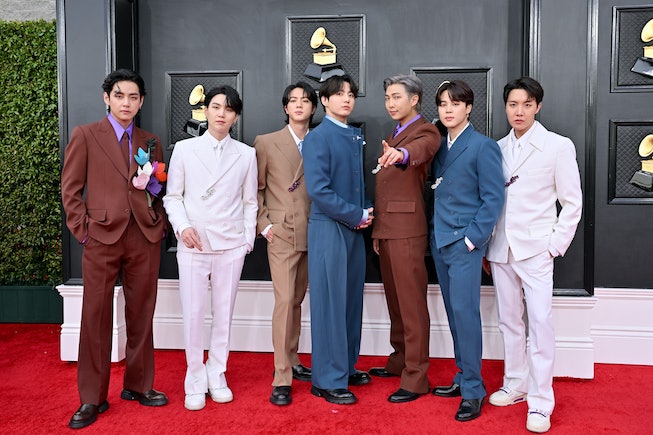 It’s a good day to be ARMY. BTS has unveiled the tracklist for their forthcoming anthology album Proof, and it just might be the best present any fan could ever get.

Scheduled for release in June, the iconic boyband’s career-spanning album will encompass three CDs, include three unreleased songs, and countless previously unreleased demos, live performances, new a capella versions, one CD that’s been specially curated by the band, per the newly released tracklist. It arrives just in time to celebrate the group’s nine year anniversary together, chronicling the group’s unprecedented rise to global superstars through their music.

Per a press release, each CD will be themed in regards to the kind of songs it’ll include. CD1 will act as the chronicle of BTS, opening with a remastered version of their 2013 track “Born Singer” — which was inspired by a song from J. Cole — and closing on the first of three new tracks, “Yet To Come (The Most Beautiful Moment),” 18 tracks later.

CD2 is a collection of 15 solo and sub-unit tracks that have been personally selected by the group’s members. It will include the project’s second new song, “Run BTS,” which opens the CD and will reflect each member’s different color and musical taste, per a press release.

CD3 will be dedicated to the fans. Filled with all the extras one could imagine: never-before-heard demos, a capella remakes, and two unreleased songs, “Young Love” and “Quotation Mark,” this CD will only be available to attain as a physical copy. It’ll also include the album’s last new song — a fan song — called “For Youth,” which is the only track from the third CD that will be available digitally.