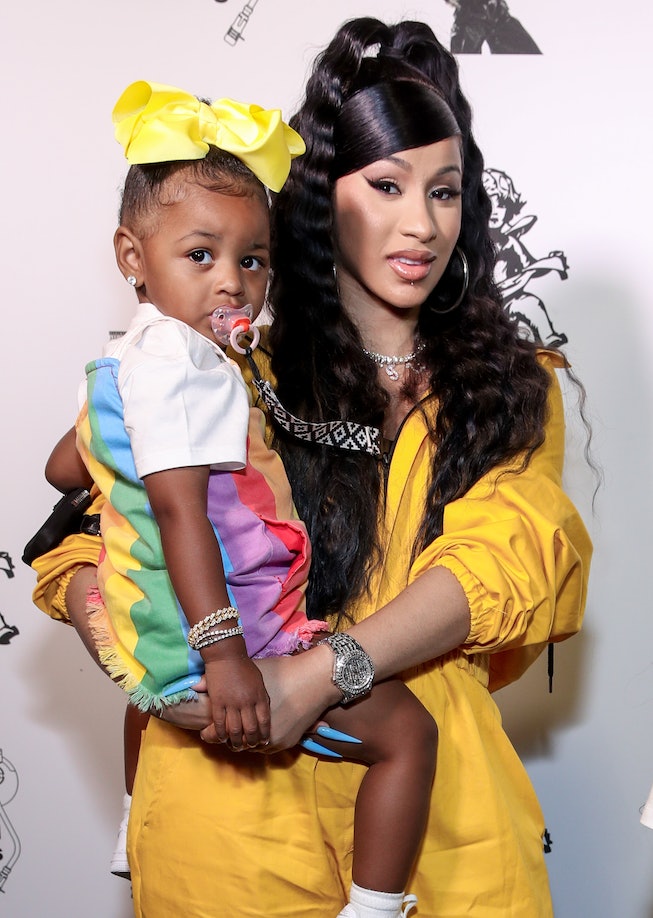 Cardi B has responded after social media users questioned why Kulture, her two-year-old daughter, received an $8,000 Birkin bag for her birthday. As she explained, if Kulture's parents are looking fly at an event and Kulture accompanies them, the toddler has to look fly, too.

Sharing a video on Instagram and Twitter, Cardi B admitted that toddlers do love toys and candy, but that isn't what Offest decided to gift his daughter. As Insider reports, Kulture was captured opening the gift during her birthday party, and as one would expect, the youngster wasn't exactly sure of what was in the iconic orange box.

Many on social media had questioned the nature of the birthday present, joking about the toddler's response and the necessity of giving a child an $8,000 bag. However, Cardi B wasn't here for the criticism. "It's not up to what the kids like. If it [up to] was the kids, they'd be outside in diapers," she said.

Saying that she "wasn't mad" that Offset got Kulture a Birkin bag, she pointed out the double standard of how social media users had reacted. As Cardi B put it, if she was dressed like an "expensive b*tch" and her child was dressed like a "bum bum," there'd be similar negative reactions. She went on to say that she's already planning to match with Kulture.

She later responded to another fan on Twitter that questioned the purchase, writing, "It’s not always about what your kids want. Kids want ice cream and cake all day NOT HAPPENING,My kid wants to be in the pool all day NOT HAPPENING.We can do light up shoes and princess dress all day in the house if we going out she gotta Match me ! If I’m fly my kid too."