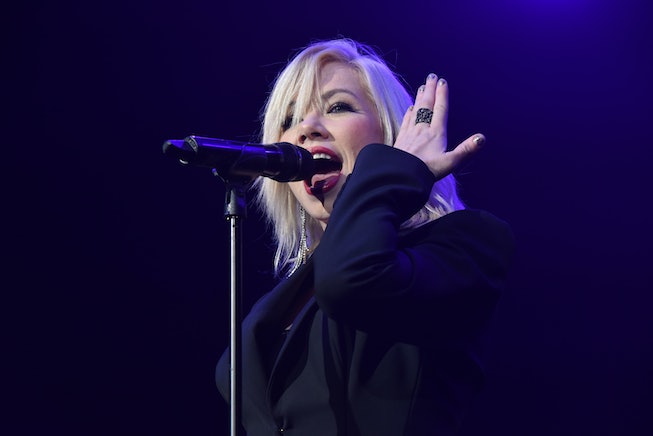 After some cryptic messaging on Carly Rae Jepsen's part — and some lucky guessing on her fans' part — 12 new Dedicated B-sides are now available to stream. The "Call Me Maybe" singer first teased the drop on Instagram when she posted a video commemorating her fourth studio album's one year anniversary, leading her fans to believe that a wayside "B" present in the video meant B-Sides to the album were on the way; she later confirmed the rumor with a second video.

Now, Jepsen has shared an album-length package of Dedicated bonus tracks, which follow along the record's retro-inspired, fresh pop sound.

Jepsen dropped Dedicated in May 2019, four long years after she released the critically-acclaimed Emotion. Jepsen eventually released the B-sides to that album, too, sharing the tight package of bonus tracks a year later as Emotion Side B. In an interview with Bustle at the time, Jepsen revealed that she wrote nearly 200 tracks for the album — which is enough to make one wonder just how many she wrote for Dedicated.

"I would say that I’m bad at picking my album songs," Jepsen said in a 2019 interview with NME . "It’s like people with their babies. Their baby might be, like, ugly, but they just think it’s gorgeous...But I do think there will be a world [around this album]. I’m determined to share more of the quirkier, weirder songs that I have lying around as well. I don’t look at it as, like, needing to all happen right now. This is just step one of the sharing process.”

Well, it looks like we've just entered part two, and who knows what else Ms. Jepsen might have in store. In the meantime, stream Dedicated Side B, below.