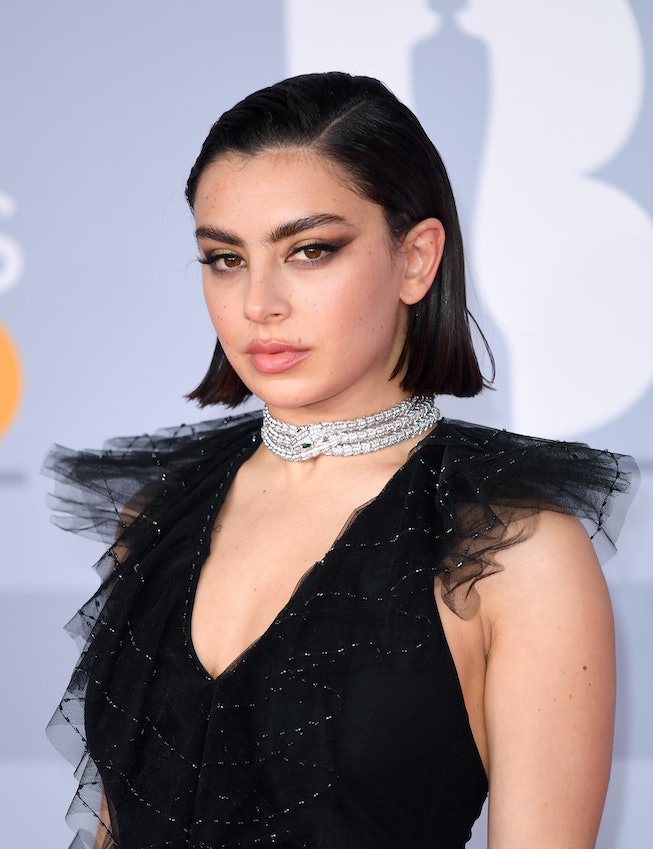 If 2020 has taught us one single lesson, it's that time is not real. It never has been, it never will be, and the sooner you accept it, the better off you'll be. It's safe to assume Charli XCX is on board with this mentality, considering how she's just now dropping merch for her chaotic party single "Vroom Vroom," approximately four whole years after the song made its debut.

Charli acknowledged that the move was a bit weird, but was thrilled for the drop nonetheless. "ummmm ok so i’m like, years late, but THE VROOM VROOM MERCH COLLECTION DROPS TOMORROW!!!," she wrote alongside a photo of her rocking one of the pieces. "Let’s riiiiiiiiiiide!!!"

So far we know that the merch drop includes a plain black shirt with "Vroom Vroom" embroidered in Old English lettering, but Charli has never been one to disappoint her fanbase, the Angels. In the past, she's released meme-ified stickers of her face, as well as an iconic wig featuring her signature blunt bangs and dip-dye magenta ends. The girl knows what the people want!

Her angels are obviously thrilled at a renewed chance to support their idol, one summarizing the collective joy with the Instagram comment, "Releasing merch for the girls and the gays we love to see it."