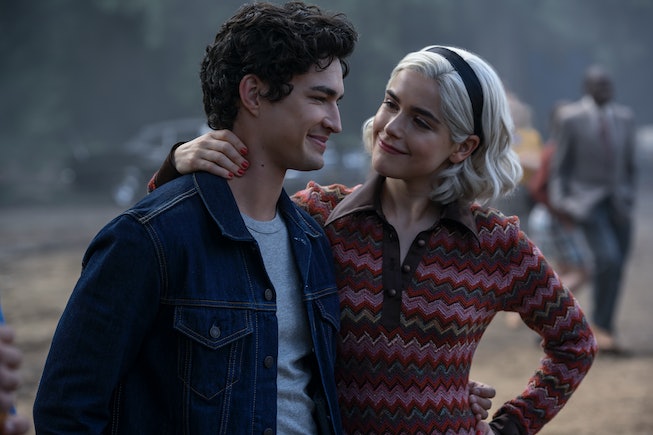 Sabrina Spellman is taking her final bow as the teenage Queen of Hell. Netflix announced that the forthcoming season of Chilling Adventures of Sabrina will be its last. The final installment airs later this year and will wrap up all the dark, spooky, and near constant magical terror that befalls the town of Greendale.

“Working on Chilling Adventures of Sabrina has been an incredible honor from day one. The cast, beginning with Kiernan [Shipka] as everyone’s favorite teen witch, has been an absolute joy. I am beyond thankful to the crew, writers, editors, assistants, and everyone for pouring so much love into this dark dream of a show,” said showrunner Roberto Aguirre-Sacasa. “I’m also grateful to our partners at Netflix, Warner Bros., Berlanti Television and Archie Comics for letting us tell the story we wanted to tell, the way we wanted to tell it. We can’t wait for everyone to see Part Four.”

The eight episode Part Four will bring the Eldritch Terrors to Greendale and will put the coven in the fight of their immortal lives. The threats sound sinister, with named like The Weird, The Returned and The Darkness, all culminating in a doomsday battle with The Void, which is a casual nickname for the End of All Things. Of course, Sabrina will also be figuring out what in fresh hell is happening with her love life with on-again-off-again hunky warlock, Nick, in the midst of the mayhem. You know, typical teen stuff.

NEXT UP
Culture
Netflix Is Seriously Cracking Down On Sharing Passwords
culture
Anna Delvey Is Getting A Reality TV Show
A Night Out
A Night Out With Rachel Bilson
Culture
Phoebe Dynevor Will Not Return for Bridgerton Season 3
Style + Culture, delivered straight to your inbox.