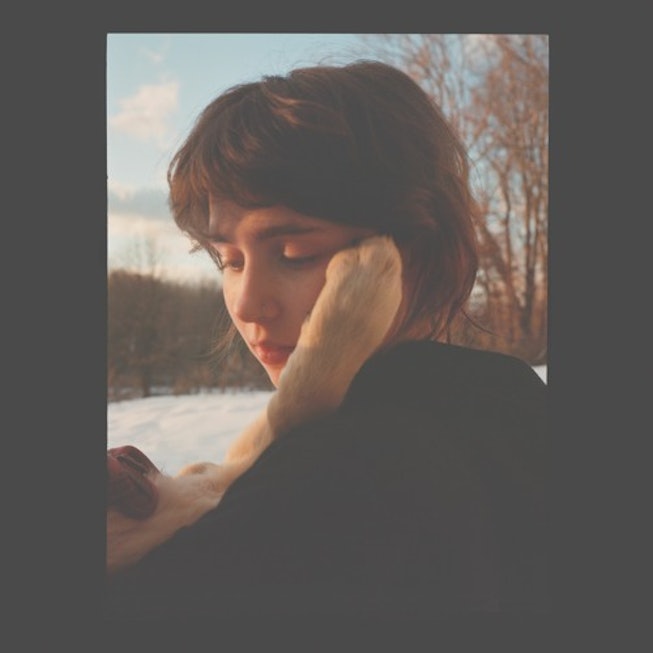 Last September, Clairo covered Carole King. Her take on “You’ve Got a Friend,” pensive and piano-powered, turned out to be a fitting amuse-bouche for Sling, her strong second LP that hues closer to classic singer-songwriter than the indie spirit of her debut Immunity.

Inspired by a period of slow, intentional living after her early whirlwind success left the 22-year-old star racked with anxiety, Sling sidesteps any kind of sophomore slump by giving us total transparency. Co-produced by Jack Antonoff and with backing vocals by Lorde, it takes us through the two years since her last album, and the picture is far from rosy. “I was hanging by a thread, and I can say that in full honesty,” Clairo told Rolling Stone recently. “I was close to really losing my shit and not wanting to be here. I didn’t really see a reason.”

Unlike some of her contemporaries, who have scrubbed their early music off the digital map, Clairo’s Soundcloud releases from five-plus years ago are still around. It’s fascinating to see how lush her music has gotten since early songs like “4,018,” and how this sophisticated level of songcraft was present all along in candid standouts like “may as well” and “thumbs.”

The album’s three-song opening run is its most stunning sonic passage. The warmth of “Bambi” recalls the gorgeous landscapes of a 1940s Disney film, while “Amoeba,” with its grooving backbeat and swirling mix of guitars, woodwinds, and piano feels like an analog sequel to her early hit “4EVER.” “Partridge” is a mesmerizing showcase of her vocals, enrobed in a gentle harmony that combines both her head voice and falsetto to stunning effect.

Vulnerability has always been a calling card of Clairo’s writing, and Sling is filled with sharp internal insights, but she’s also grown increasingly comfortable with the challenge of taking others (namely men and the systems they perpetuate) to task. “I’m stepping inside a universe designed against my own beliefs/ They’re toying with me and tapping their feet,” she sings in the first couplet of “Bambi.”

Lead single “Blouse” is musically delicate, but resolute in calling attention to the misogyny and objectification she’s faced from men in the music industry. Like a great writer-director, Clairo paints a vivid scene: a tense kitchen meeting, her hair tied back, a hand-me-down coat from her mother hanging nearby. “Why do I tell you how I feel/ When you're just looking down my blouse?” she wonders on the song’s chorus.

A jaunty, uptempo song like “Amoeba” would have been a more conventional choice as a pre-album release, but “Blouse” is the kind of track where the message is impossible to miss, and it primes us for the many themes she spends the rest of the LP exploring: “Motherhood, sexualization, mental health, and a lot of my own mistakes and regrets,” Clairo wrote of Sling in a newsletter.

She approaches these emotional and intense topics not by isolating them into single and discreet songs, but blending them together as the anxious mind so often does. On “Just For Today,” she not only reveals that she called a mental health hotline, but she frames it as a conversation she’s having with her mom. On “Partridge,” she interprets falling in love as, “[Taking] the chance on someone’s daughter/ She makes me feel like I’m the best.”

Although Antonoff can sometimes sand the edges of a record down too smoothly, the duo have found a special frequency on Sling.

Like the great King records of the early 1970s, Clairo complements gorgeous, expressionistic nature imagery with snapshots of her own life and inner thoughts. Even when she’s not singing, she and Antonoff evoke King’s music on “Joanie,” which starts off as a quintessential lite FM piano romp before Clairo herself ushers in an elegant outro featuring poignant keys and clavinet work. At the end of 2020, Clairo adopted a dog — the namesake for the aforementioned instrumental track — and Joanie’s sweet paw prints are (sometimes literally) felt on the songs that touch on growing up and gaining domestic responsibilities. (Joanie is credited on her eponymous track for contributing “chimes” and “snoring,” according to the liner notes.)

At 12 tracks, there’s nothing on Sling that feels redundant or superfluous. A few songs like “Zinnias” and “Reaper” start a bit slow, but build to be important components of the album — particularly the former’s closing contemplation of what a quiet life away from the spotlight would look like for her. “I could wake up with a baby in a sling, just a couple doors down from Abigail/ My sister, man, and her ring,” she imagines.

She saves one of the album’s most gutting moments for “Little Changes,” its penultimate track. Clairo, who came out as bisexual publicly in May 2018, sings about the subtle ways a male ex attempted to manipulate her. “He loved me good enough to calm me down/ But tried to trick me into little changes,” she sings, calling out the mistreatment plainly, like on “Blouse.” It cuts deep because it’s not a one-dimensional villainization; even people who care for you and think they’re acting with pure intentions can cause significant damage.

Although Antonoff can sometimes sand the edges of a record down too smoothly, the duo have found a special frequency on Sling, Clairo’s first foray into the Jack Antonoff Extended Universe. She spoke highly of the producer to Rolling Stone — “He confirmed things that I was feeling that I wasn’t telling anybody about,” she said — and it’s clear they emboldened each other to make a record that feels like a significant step for both of them.

The key to Sling’s appeal is that it sounds as singularly Clairo’s as those DIY demo tracks from five years ago. We’re hearing her learn, mature, and struggle with the transition from teen life to adulthood, becoming not just braver and wiser, but a true album artist in the process.

Sling is out now.