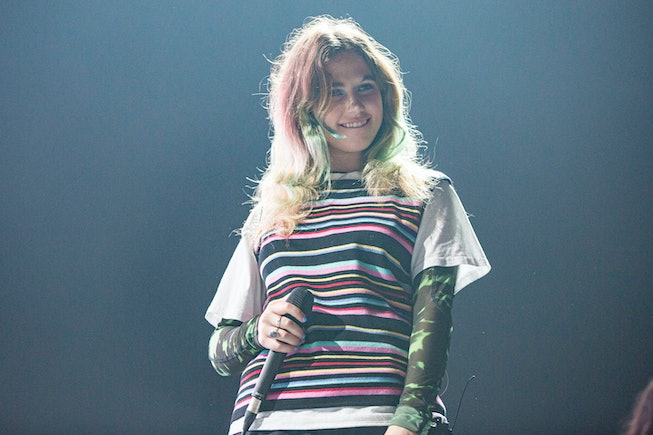 With little fanfare, Clairo has announced Sling, her sophomore album and follow-up to her critically acclaimed debut project Immunity.

After teasing new music at the beginning of June, Clairo premiered the lead single “Blouse” live on Fallon for the first time on Thursday, and announced the full project all within the same 24-hour timespan. The album is expected to be released July 15, 2021 and, considering the stark sonic shift of “Blouse,” looks to be a major stylistic pivot for the young artist.

Since releasing Immunity in 2019, Clairo has kept a pretty low profile besides providing background vocals on the most recent Lorde single, “Solar Power.” The NYC-based singer rose to fame through her viral early singles “Pretty Girl” and “Flaming Hot Cheetos,” which she made in her childhood bedroom.

Below, here’s everything we know about the star’s upcoming album, Sling.

When is Sling being released?

Sling is out July 16, 2021 via Fader Label, Polydor, and Republic Records.

The album is co-produced by pop’s most in-demand producer Jack Antonoff; this is their first time working together.

Clairo unveiled the Sling’s tracklist on Wednesday, July 7. The record will contain 12 songs with one of the tracks named after her dog, Joanie.

Our first taste of Sling is “Blouse,” the album’s lead single which Clairo debuted for the first time Thursday evening when she performed it live on The Tonight Show with Jimmy Fallon.

Sonically, the Jack Antonoff-produced track is a major departure from the pop of her debut album Immunity. Instead, “Blouse” leans into the singer-songwriter-y sound of Joni Mitchell, with soft strummed guitar, glowing harmonies, and lush accompanying strings. She sings cryptically about a past confrontation at a kitchen table, and someone looking down her blouse. Throughout the song, Lorde (yes, the Lorde) lends her voice for the backing vocals.

“This song is very dear to my heart — and marks the beginning of my second journey around an album,” Clairo wrote of the song on social media. Watch Clairo perform “Blouse” below.

What are the themes of Sling?

Sling was inspired by her dog, Joanie. In an intimate note announcing the album on social media, the young songwriter explained that getting Joanie introduced her to a different side of herself she’d never confronted before.

“By caring for her, it forced me to face my own thoughts about parenthood and what it would mean to me. stories as lessons, regrets as remorse.. thinking about something/someone before yourself. It’s a glimpse into a world where I found that domesticity is what I was missing,” she wrote.