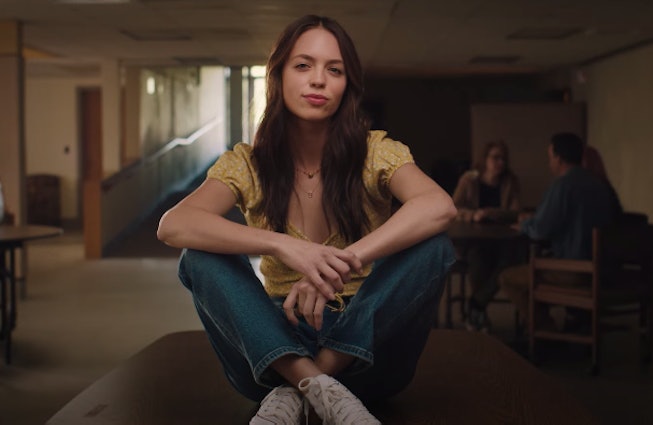 In 2012, MTV’s Catfish introduced us all to the world of romantic scammers — the people who don fake identities to date strangers online. Now, nearly 10 years after its premiere, that very premise is the driving force behind a new indie-comedy starring NYLON It Girl Claudia Sulewski.

I Love My Dad is Sulewski’s Makes Her Film Debut In 'I Love My Dad' Trailer’s film debut, following an expansive career as a successful YouTuber. The project follows a desperate father who poses as a young woman named “Becca” (Sulewski) to connect with his estranged son, Franklin (James Morosini). Like the hit MTV series, things get complicated fast. In this case, the hijinks begin when the son wants to meet his new internet girlfriend in person.

The first trailer for I Love My Dad dropped today and features Sulewski as the seemingly perfect girl. Her profile is full of cute photos and fun anecdotes that Franklin's father, Chuck, pulls together to reel his son in. After a few rounds of chatting, Franklin tells his mother that he’s met someone online. “She’s like, smart and funny,” he says, completely unaware that the person he’s gushing about is not who she says she is.

I Love My Dad originally premiered at the South by Southwest Film Festival earlier this year, where it won Top Narrative Feature. Shortly after, the film was acquired by Magnolia Pictures, which will distribute the project nationwide. I Love My Dad includes an impressive call sheet of actors. Sulewski is joined by her talented co-star Morosini, who also wrote and directed the film. Patton Oswalt (The Goldbergs), Rachel Dratch (SNL), Lil Rel Howery (Get Out), and Amy Landecker (Project Power) are featured in the film as well.

Now that the film-festival season is over, I Love My Dad is heading to theaters. Sulewski celebrated its budding arrival on Instagram and posted a snippet of the trailer for her fans to watch. “Teaser trailer @ilovemydadfilm in theaters Friday, August 5th,” she wrote. After the movie's cinematic debut, viewers will be able to stream it from home starting August 12th. Until then check out the trailer for I Love My Dad below.