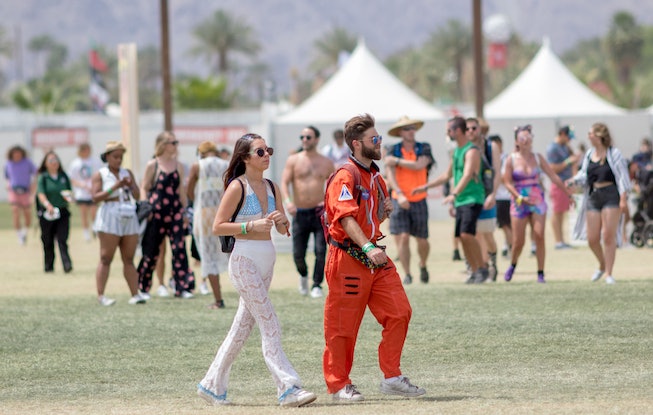 Coachella, the massive Indio, California music festival, is reportedly rescheduling their 2021 event again, this time from April 9-11 and 16-18, 2021 to sometime in October 2021, according to a new report from Rolling Stone.

Citing sources who "have been in direct communication with AEG and Goldenvoice," the publication reports that the music festival — which has already been pushed twice — will be "100 percent moving" again, likely to the first or second week of October. A representative for AEG declined to comment to Rolling Stone.

"Frankly, they were supposed to announce [the change] over Labor Day. They hadn’t. And they were supposed to announce at the end of September — they hadn’t,” the source revealed to RS. Apparently, not all artists have yet confirmed their availability, so “[festival organizers] are holding the first three weeks [of October] to be safe," the source added.

Coachella 2020 was originally pushed from April 2020 to October of this year. When it was clear that the pandemic wouldn't be ending anytime soon, it was rescheduled to its current dates in April of next year.

This follows news of Bonnaroo pushing its 2021 festival to September of 2021; the Tennessee-based music festival, previously scheduled for June 2021, announced the date change a week ago, writing: "We appreciate your patience as we navigate the best options to ensure we can be together on the Farm in 2021."

As the pandemic rages on, with certain hotspots in the country now experiencing second waves, it's becoming clear that festival season will likely have to be put on hold once more.

The source told Rolling Stone that many other major festivals, including Austin City Limits and Governor's Ball, are also in talks of pushing their events to September and October of next year as well, presenting additional problems when it comes to to artist booking and scheduling.