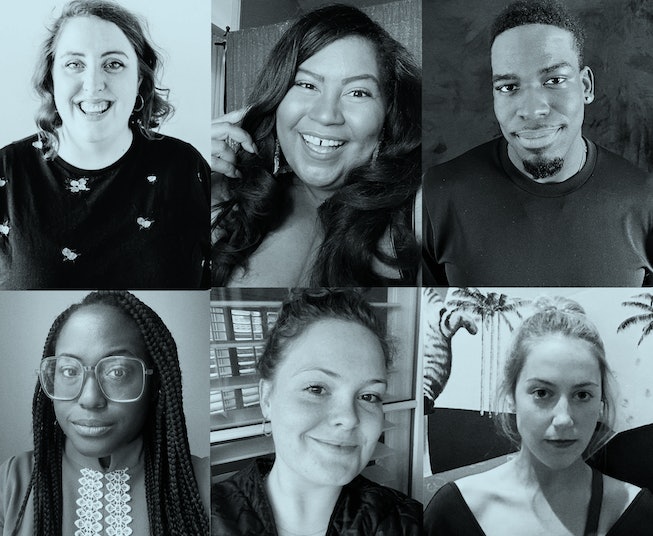 To celebrate the little things that made life better in 2021, NYLON asked six comedians to share the things that actually made them laugh this year — from shows and memes, to tweets and memories:

3) The coffin flops sketch from I Think You Should Leave

2. The people that I work with on Late Night With Seth Meyers! John Lutz is hilarious!!

3. An audience members response to a question I asked on stage made me laugh. I asked has anyone ever been to a Caribbean club and this white man yell out, “I love jerk chicken!"

1.Bowen Yang as the Iceberg That Sank The Titanic on SNL. I wake up every day hoping to be even a tenth as funny as Bowen Yang.

2. Erika Jayne explains what happened to Tom on The Real Housewives Of Beverly Hills. This makes me feel like I just rolled my car five times! To quote Kyle, "Wait, what???"

3. Roman Roy's dick pic on Succession. Mortifying and cringe. This, like the kids say, "lives in my head rent free."

1. @Clare.Ruddy. I think Clare is a genius. She's probably my favorite person on TikTok. Her videos are so funny and so smart, and I hope I can work with her one day, maybe at a restaurant :)

2. Temptation Island. It’s one of the few reality TV shows that genuinely borders the line between, “they signed up for this,” and “this is inhumane.” More TV like this, please!

-a photo of Noah Centineo in high school with the caption “perfect boy. do u agree?”

… it’s all a girl could ask for

1. I was having a fairly serious conversation with my twin sister when she said, "And do you know who did all that? It was TRISH!" This reference to a central character in Barb and Star Go to Vista Del Mar made us crack up so hard, we were just screaming in Union Square. Kristen Wiig made the funniest movie of the pandemic.

2. I am not a Taylor Swift fan, but being on Twitter means I automatically know a lot about this stranger's life. I saw plenty of hot takes about her recent video for “All Too Well,” but my absolute favorite was Dionne Warwick tweeting at Jake Gyllenhaal to return Taylor's scarf. Maybe it's basic to get a kick out of that, but it felt like my mom was participating in the internet for the day and it warmed my heart.

3. I didn't see The Other Two when it originally aired on Comedy Central, and I only knew it had two seasons because they regularly posted for extras in New York. I gobbled up both seasons in a blur and died laughing at pretty much every episode, so I wouldn't feel right about picking just one.

1) This meme from Twitter user @plantcutting that took two pop culture moments from 2021 (Spotify Wrapped and just Fergie in general) and made something beautiful. Every time I look at this image, I actually cackle. Not laugh, cackle. Because it's just so specific. Do I know why the video of Fergie doing cartwheels and singing "WHOA" on a Today Show appearance from six (?) years ago became a thing this year? No, I do not. But I'm thankful it did. Because now I can laugh at this meme once every three days. Sometimes, I don't even look at it. I just THINK ABOUT IT and laugh. Okay I'm done.

2) This Work of Art/Twitter Video from Joshua Neal about when your girlfriend asks you a hypothetical question. Everything about this video is funny and impressive – the amount of characters he plays, the editing, the music, the hypothetical situations, the drama. On top of all of that, the acting here is phenomenal! I love comedy that requires highly dramatic acting in order to be funny, and Joshua nails it.

3) I am cheating with my final answer here, and that's fine because everything is insane and there are no rules anymore. My favorite thing that made me laugh this year was the amount of online content from Chicago comedians. Whether you're watching or performing, Chicago has such a special comedy community, and I've missed it dearly since the start of the pandemic. So a small silver lining for me has been all of the online characters and videos that we've been able to enjoy from some of my favorite Chicago performers past and present. Here are some of my favorite gems:

My Sunday Routine by Claire McFadden: every joke in this video is funnier than the last, that's Claire for you.

the woman you don’t know who tells you every detail of her life by Maggie Winters: my favorite part about Maggie's videos is that you can never guess what the next joke will be, it's always surprising and insane and unique

POV it's Thanksgiving by Lisa Albano: Lisa is a machine of great videos; my favorite joke in this one is "let's split the teams for football into pro-life vs pro-choice"

The character in the movie that gets to say the title of the movie by Garrett Williams: I watch this once a month when I need to laugh. Garrett's POV and his facial expressions are EXQUISITE.

A California condor who did it by herself by Vinny Thomas: I love Vinny's sense of humor – every premise is so original and he's a master at creating great characters

Hit it! by Colin Rourke: Colin can make anything funny, even just by reacting to someone else, and this video is PROOF.

Vaccine sommelier by Andrew Knox: In addition to his hilarious facial expressions, "We have a 1955 Polio in the back" is just wonderful writing *chef's kiss*