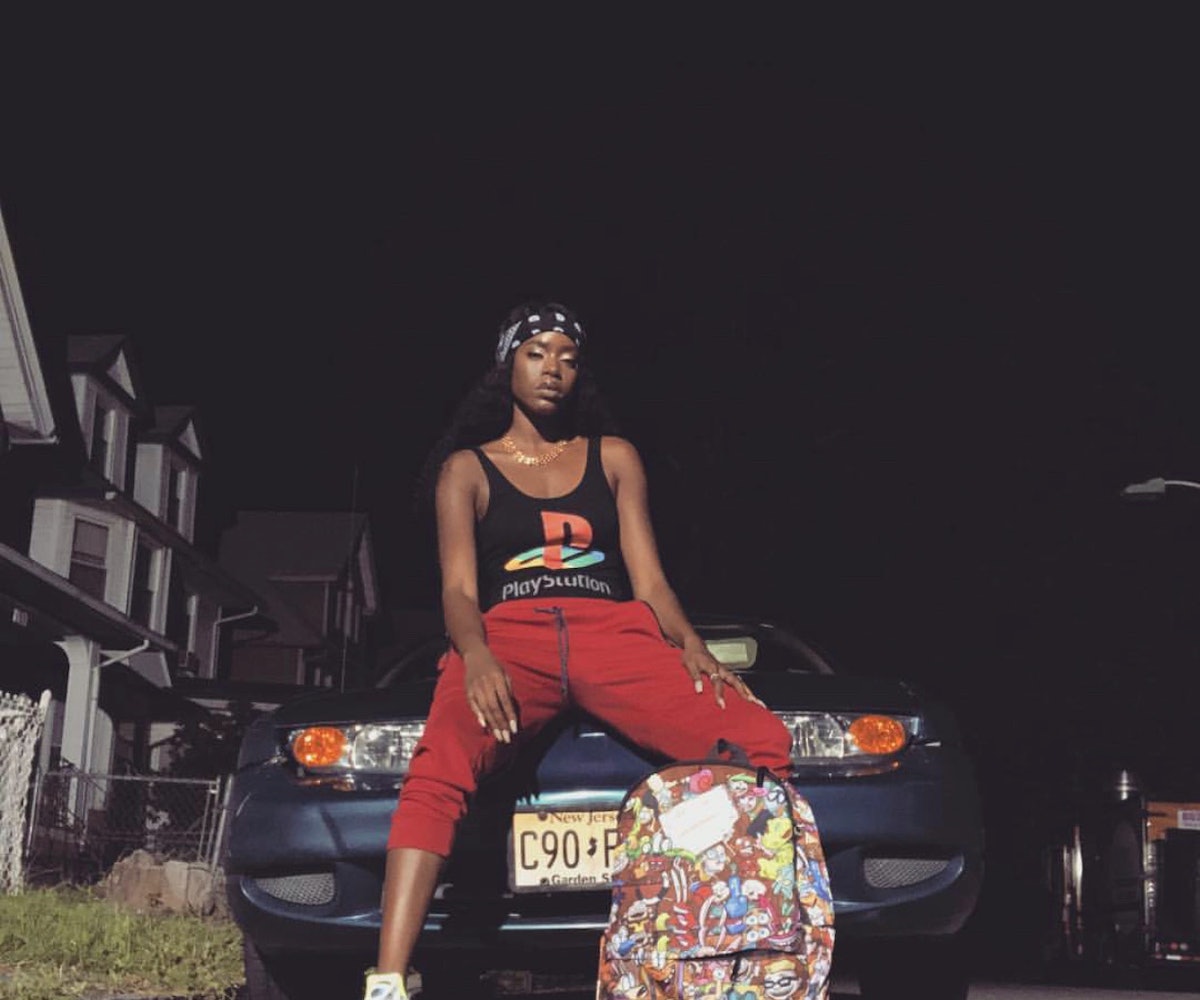 If you've been on TikTok once in the past few months (or have even just watched a TikTok), chances are you've heard Cookiee Kawaii's song "Vibe." It's the addictive Jersey Club number full of bed-squeaks and punching sound effects imploring its listeners to "watch me throw it back" that's soundtracked dance clips, make-up tutorials, and anything else really, over two million times times now. Though the full song clocks in at less than two minutes, once the beat drops, it feels like it could go on towards infinity, fueling a twerking club forever.

New Jersey-based DJ Cookiee Kawaii didn't even have a TikTok when the song took off, though that quickly changed. "I was very happy, and also surprised because I didn’t expect this to happen since this song is a year old," she writes in an email.

What most people don't know is that Kawaii has been making Jersey Club for close to a decade, and that "Vibe" is just the first song of a three-part series (the other two parts are equally as frenetic and delightfully generous with the bed-squeaks). Growing up with parents who were DJs meant that her love of club — specifically the chopped-up, rapid-fire Jersey Club — was instilled at an early age.

On Wednesday, NYLON premieres Kawaii's animated music video for "Vibe," a visual that combines one of Kawaii's other loves: anime. Its superhero plot is interspersed with clips of the fellow townspeople all throwing it back as a monster ravages the city. It's eventually defeated when Kawaii interferes, and then she joins the party — such is the power of Jersey Club!

Watch "Vibe" below, and read on to learn a bit more about Kawaii.

You grew up in Jersey; what was your childhood like?

My childhood was filled with a lot of imagination. I kept myself busy playing with my Bratz dolls and being wrapped up in video games. I have siblings on my dad's side but I’m my mom’s only child so I was pretty much spoiled. I lived with my grandparents and my mom growing up. I went to Catholic school for most of my schooling as well. Once my grandmother died I had to really convert into public school things & things got different but ultimately my childhood was great.

What drew you to making Jersey Club music?

Both of my parents are DJs so me being drawn to club music was bound to happen as I grew up on a lot of house music. Jersey Club is something different and unique on its own, so once I got into it I definitely stuck with the sound.

What was your reaction when you realized that "Vibe" had gone viral on TikTok?

I didn’t have a TikTok account when my song started going viral. But when I found out I instantly made an account and started promoting. I was very excited to see all of the different covers and people just loving the song. I was very happy, and also surprised because I didn’t expect this to happen since this song is a year old.

What do you think makes for a good club song?

I think a good club song really just needs a good amount of bass, a catchy vocal and whoever is making the track needs to have fun while they're doing it.

Can you remember and describe the best club or party you've been to?

I’ve been to a lot of dope club parties, but the one that I can remember that was really a memorable night was the Red Bull music event that I actually had to film and get party highlights. There was a ton of people there from Baltimore, Philly, and Jersey. It was a two-floor party filled with the craziest talent from DJ Sliink , Nadus, and DJ Uniiqu3... I had a great time.