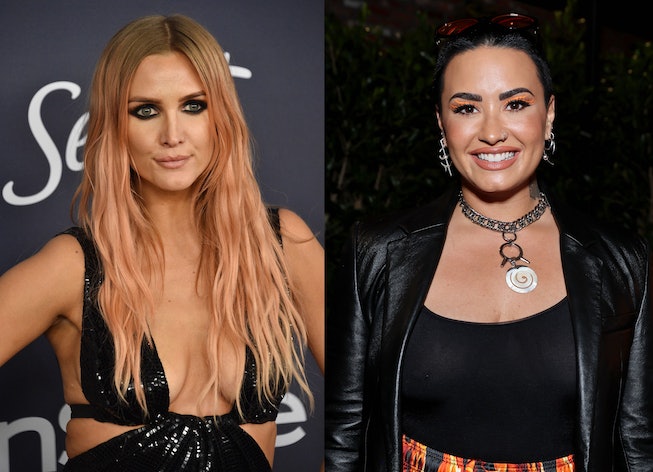 There’s nothing like a surprise guest performer to give a concert that special something, and on the Los Angeles stop of Demi Lovato’s HOLY FVCK tour, the artist brought out friend Ashlee Simpson for a heartwarming nostalgic moment.

At the YouTube Theater in LA, Lovato called upon Simpson for a duet of Simpson’s 2004 hit, “La La.” “Please give it up for Ashlee Simpson,” Demi announced, before bringing out her friend. In true pop rock fashion, both singers were dressed in black; Simpson delivered the final note of the song on her knees, and the two hugged before saying “I love you.” Fan videos captured the sweet moment, which Simpson shared on Instagram:

The viral moment had fans online calling for new music from the 37-year-old “Pieces Of Me” singer. Simpson shares three children with husband Evan Ross.