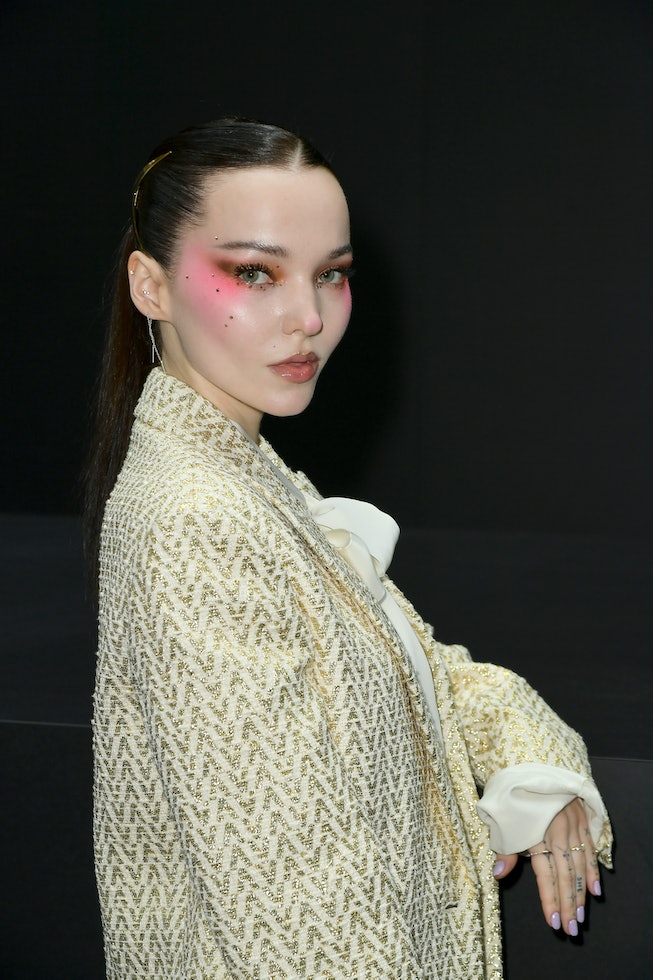 We’ve all been there: getting that 1 a.m. text that we probably shouldn’t respond to but do anyway. In this age of self-care and calling out toxic cycles, it can be easy to get caught up in the pressure of being the best good and healthy version of yourself. Dove Cameron, however, is boldly making the case for the opposite: Life is short, why not have a little fun?

“Bad Idea” is the singer’s latest single and it’s about — you guessed it — leaning into all your bad decisions. The slinky, flashy track which has Cameron’s voice oscillating between a sultry croon and raspy whisper follows her inner monologue as she weighs the pros and cons of a potentially toxic decision before cheekily deciding on the hook: “F*ck it, let’s do it again.”

Like previous releases “Breakfast,” and “Boyfriend,” the song is imbued with what’s quickly becoming the singer’s signature style of witty yet casual songwriting. “Go ahead and tell me something/ That you learned in therapy/ And it’s almost convincing (it’s almost convincing)/ But I’ve been known to go against my instincts/ And I know you’re performing/ But it’s working for me,” she purrs on the second verse.

“I’m so happy to finally be releasing ‘Bad Idea,’” said Cameron of the song in a press release. “This song was inspired by a text I got that was so intense, and such a bad idea, that I had to go straight into the studio the next morning to write about it. ‘Bad Idea’ is the moment before diving into what could potentially be a severe crash-and-burn but deciding to take the risk anyway.”

Cameron has had an ascendent year so far as her queer anthem “Boyfriend” went viral on TikTok and shot to the top 20 on the Billbord Hot 100. At the 2022 VMAs, the 26-year-old singer also took home the coveted Best New Artist prize, and she continues to gear up for the release of her forthcoming debut studio album.

Previously, Cameron was best known for her dual roles on the Disney Channel show Liv and Maddie, for which she won a Daytime Emmy Award for Outstanding Performer in Children's Programming, and her role as Mal in The Descendents movie franchise. She is set to be apart of the formerly announced CW live action reboot of the Powerpuff Girls, though the series has since been delayed.