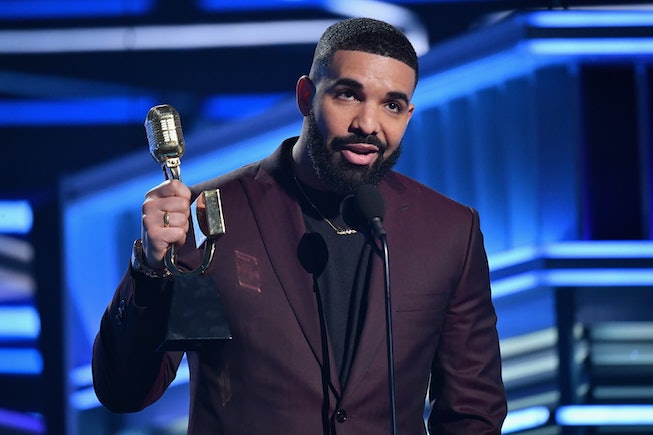 Two weeks after the 64th Grammy nominations were announced, one of the contenders has purposefully dropped out of the race: Drake has officially withdrawn Certified Lover Boy from consideration for Best Rap Album and “Way 2 Sexy” for Best Rap Performance.

The announcement came on Monday, and the Recording Academy will honor Drake’s request, leaving the categories with only four nominations rather than add any more in his place.

Drake hasn’t made a statement or given any indication about what sparked the unusual move, but in the past, he’s often been vocal about his ambivalence for the Recording Academy and what it represents. Last year, when fellow Toronto artist and musical collaborator The Weeknd boycotted the Grammys, calling the awards corrupt and saying "you owe me, my fans and the industry transparency" after his fourth album After Hours was completely snubbed, Drake showed his support.

He called for the Grammys to be replaced with "something new that we can build up over time and pass on to the generations to come."

"I think we should stop allowing ourselves to be shocked every year by the disconnect between impactful music and these awards and just accept that what once was the highest form of recognition may no longer matter to the artists that exist now and the ones who come after," Drake said in a statement at the time, noting that lack of nominations for other artists of color that he felt the 2021 ceremony should’ve recognized, like Lil Baby, the late Pop Smoke and Popcaan.

Drake also spoke on the credibility of the Grammys after accepting the award for Best Rap Song in 2017, for “Hotline Bling.”

"‘Hotline Bling’ is not a rap song,” he said at the time in a radio special. “The only category that they can manage to fit me in is a rap category, maybe because I’ve rapped in the past, or because I’m Black, I can’t figure out why.”

The following year, Drake purposely didn’t submit his 2018 mixtape More Life for the Grammys. He also spoke on the awards ceremony in 2019, saying after he won Best Rap Song for “God’s Plan” that "we're playing in an opinion-based sport not a factual-based sport."

"This is a business where sometimes it's up to a bunch of people who might not understand what a mixed race kid from Canada has to say,” he said.