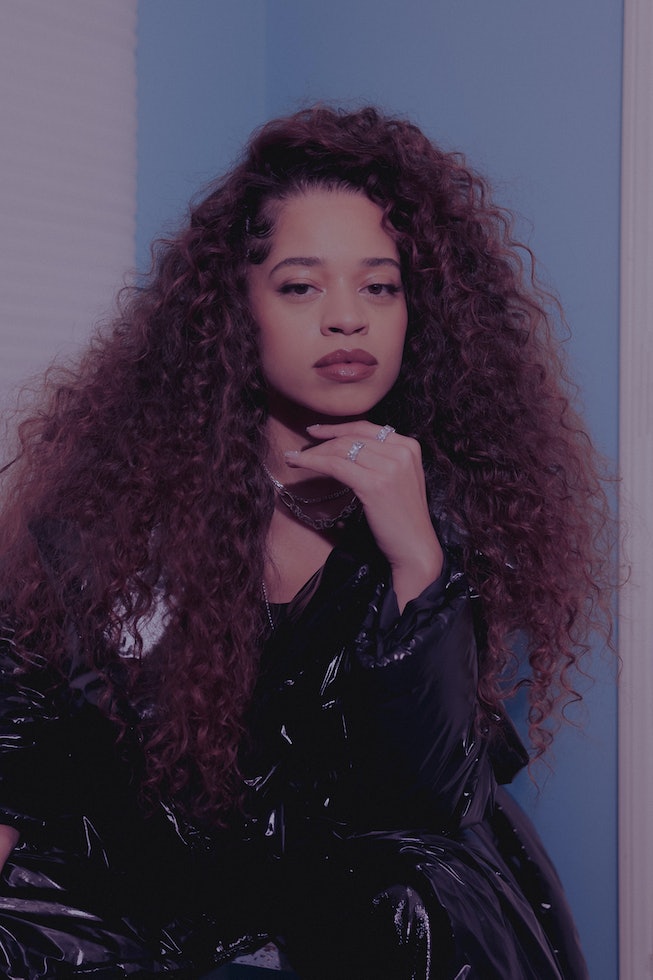 Much has been said about the music industry’s shift into a singles era, but Ella Mai, one of R&B's most striking voices, is still very much an album artist.

It’s been nearly four years since the British singer, 27, landed on the scene with her 2018 self-titled debut, ushered in by the playful hit singles “Booed Up” and “Trip.” Now, she makes her return with “DFMU,” a simmering, piano-led ballad that officially marks the commencement of her long-awaited sophomore era. The track’s been nearly two years in the making and, for Mai, is one of her most vulnerable yet — a harbinger of the personal growth she’s undergone over the last few years.

“It's me being quite vulnerable, being quite honest,” Mai tells NYLON of “DFMU” over a recent call from Los Angeles. “I feel like the music that I've released in the past, I definitely have been honest, but I don't think I've been as vulnerable. I think that this shows a little bit more of an emotional side to me.”

“DFMU” — short for “Don’t F*ck Me Up” — is Mai doing what she does best: pairing her warm and commanding vocals with simple but effective lyrics that get to the core of her emotions. Over plushy piano melody and lush harmonies, she pleads the object of her affection, and herself, for clarity: “Gotta learn how to let someone in to hold/ It takes time, gotta trust who I let control.” In the accompanying Loris Russier-directed video, the mood isn’t much sunnier: she and her lover go down together in a car that’s crashed into a lake. If the world first witnessed Mai as giddy in the throes of new love on her debut record, she’s now letting us in on the more complicated details of her heart: the fear, the uncertainty, the pain.

“I always used to tell my friends I've never been heartbroken before,” Mai says. “[Then] I got into a situation where I felt like, I was in super deep and I wasn't sure if the other person felt the same way. At the time, that was what the song was about because I was kind of just saying, ‘Look, I'm here, I'm open. I'm ready for whatever roller coaster this is about to be.’”

Mai wrote “DFMU” back in 2020, during a session with her longtime collaborator and mentor, Mustard. The veteran producer first discovered Mai’s music on Soundcloud back in 2015, and signed her to his label, 10 Summers, soon after in 2016. He had a large hand in producing her first three EPs and subsequent studio album. Several years on, Mai maintains that their dynamic in the studio is still one that “just works.”

“Mustard is like my brother, so there's nothing that's off-limits to say to each other in the studio when it comes to the creative process,” Mai says. “I know he'll always be honest with me about his feelings towards something.”

In the time since the release of her debut album, Mai has kept her output to a minimum, barely releasing any new music save for a 2019 collaboration with Ed Sheeran and the 2020 standalone track, “Not Another Love Song” — another introspective, mid-tempo tune about the precarity of falling for someone. While her choice of maintaining a low profile between releases isn’t rare, it does feel intentional — one more aligned with that of a traditional artist than with many of her peers catering to the fast-paced, TikTok era of loosies. For Mai, that stems from her inclination to take her time with things and experiment and exhaust all avenues before finally unveiling what she’s been working on. “I like to make sure I'm putting my best foot forward and really know, ‘Right. I did all that I possibly could on this album,’” she says.

In regards to her new album — still untitled and without a release date, but definitely completed and in the wings — that meant seeing growth not only as a singer but also a songwriter (Mai is credited as one of only three songwriters on “DMFU”): “I always say to people, songwriting was never something I felt came naturally to me. But once I actually put my foot in and started to work with different songwriters, it really helped me gain confidence.”

In line with “DFMU,” Mai states the upcoming record is “a lot more vulnerable” and documents “my life in real time [...] the good and the bad.” Sonically, she says it’ll explore more tempos and sounds that she can only describe as a “way more mature version” of her last project.

“[But] it’s not super, super, super far left. Like you're not going to listen to it and think, ‘who is this?’” she’s quick to clarify. “It’s definitely still me.”