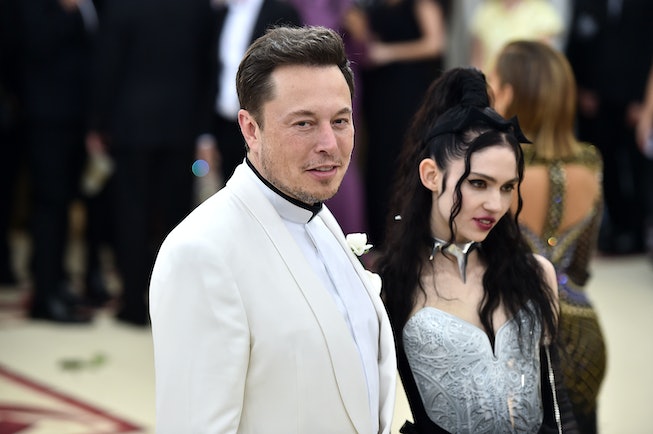 Elon Musk and Kanye West are, for lack of a better word, polarizing. One is an eccentric billionaire, the other is a tortured artist, and together, they make a confusing and and twisted duo. When a friendship photo of the two men standing akimbo made the rounds on social media, it raised more questions than answers. Did they match with orange motifs and Yeezy kicks on purpose? When exactly did West start referring to Musk as one of the boys? What are they scheming? Where is X Æ A-Xii?

Considering how both have a reputation for innovation, it wouldn't be too far out of the realm of reality to think that Musk and West are collaborating. Can't you just see this photo being shown in a documentary slide show about when the two officially linked up for the vision? Perhaps we'll be seeing Yeezy-designed Tesla interiors in the near future. Or maybe, it's just two dudes hanging out!

The one thing we do know, however, is the identity of the photographer. A simple zoom on the mirror behind Musk and West reveals Grimes snapping the picture, which naturally caused its own hilarious social media hysteria. "Not them forcing Grimes to take this pic," quipped one user. "Girl, on god we gonna get you out of there." The reflection also shows what looks to be the Hajime Sorayama sculpture "Sexy Floating Robot," because duh, this is Musk and Grimes' home after all.