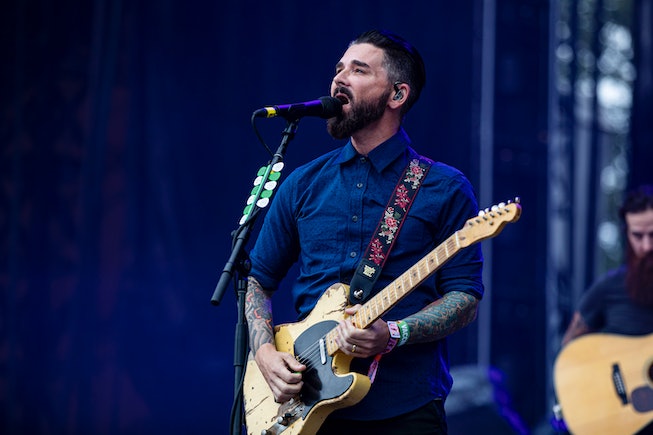 If you aren’t already familiar, Matt Cutshall is the actor, influencer, and social media star behind Emo’s Not Dead, a popular YouTube video series of sorts — in which Cutshall plays an emo-loving fan who can’t seem to move on from the genre’s golden years — that has evolved into a brand. There’s an Emo’s Not Dead line of merch that includes mugs, t-shirts, and “Screamo Blend Coffee,” and his genuinely large fanbase has even helped him score video cameos from All Time Low, Simple Plan, Yellowcard, and more.

Now, Cutshall has unveiled what’s perhaps become the pièce de résistance of his whole Emo’s Not Dead campaign: an Emo’s Not Dead festival cruise, scheduled to set sail fall of 2022, and with a lineup that’s actually legit.

Dashboard Confessional, Underoath, New Found Glory, and Plain White T’s are just a selection of the veteran emo acts that have signed on to embark on this watery, four-day experience, which will take its passengers from Los Angeles to Baja California’s Ensenada, Mexico. Not only that, attendees will have the special luck of witnessing the live debut of Cutshall’s own emo outfit, Your Broken Hero.

The whole thing seems to be a very 2022 experience, in that it’s nostalgic, seemingly surreal (yet also completely genuine), and might actually end up being a fun time?

After all, Emo’s Not Dead Cruise (full name: Emo’s Not Dead Cruise: Sailed On A Sea Of Tears) follows the announcement of the When We Were Young music festival, a Warped Tour lookalike that in recent days has sparked worries and comparisons to Fyre Fest due to its too-good-to-be-true lineup.

According to Cutshall, though, the Emo’s Not Dead Cruise is very much a go. Read on for everything we know about attending the festival cruise including the full dates, lineup and how to score tickets.

Dashboard Confessional, Underoath, and New Found Glory will be the main headliners at this festival-at-sea.

Also expected to perform over the course of the boat’s four-day journey is Thursday, Plain White T’s, Silverstein, Hawthorn Heights, William Ryan Key (former lead singer of the now-dispanded Yellowcard), Cassadee Pope, Emery — and Cutshall’s own pop-punk outfit, Your Broken Hero, which will be making its live debut. See the full lineup below.

How to buy Emo’s Not Dead Cruise Tickets