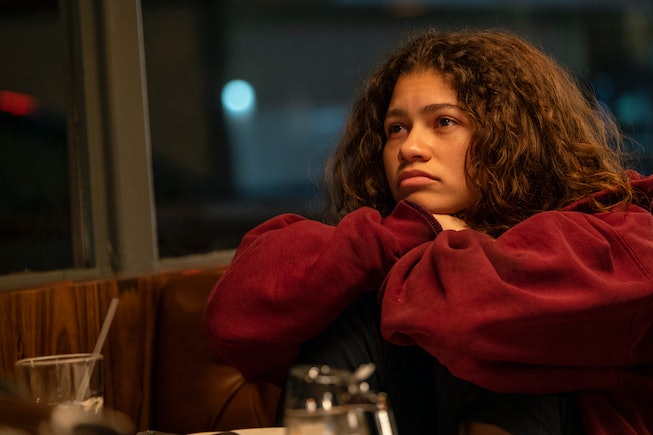 Euphoria fans won't have to wait as long as they thought to get a hit of that good teenage drama. HBO Max is releasing the first of the series' special episodes even earlier than originally anticipated, with subscribers able to catch up with Rue starting on December 3 at midnight EST.

The special episodes serve as a bridge between the acclaimed first season and its highly anticipated follow-up, and the first in particular is billing itself as the most cheerless Christmas you've potentiallty ever seen. The teaser trailer for the episode "Trouble Don't Last Always” shows Rue, played masterfully by the Emmy award-winning Zendaya, down in the dumps after being left by Jules at the train station last season, which eventually led to her relapse. She looks miserable as hell sitting alone in the dinner and is joined by her Narcotics Anonymous sponsor, Coleman Domingo's Ali. There'll definitely be some tough love dished out, and hopefully some clues as to what season two will bring.

Euphoria creator Sam Levinson is keeping details on what to expect from the second episode is currently still under tight wraps, so until then, watch the trailer for "Trouble Don't Last Always” and get some theories rolling.