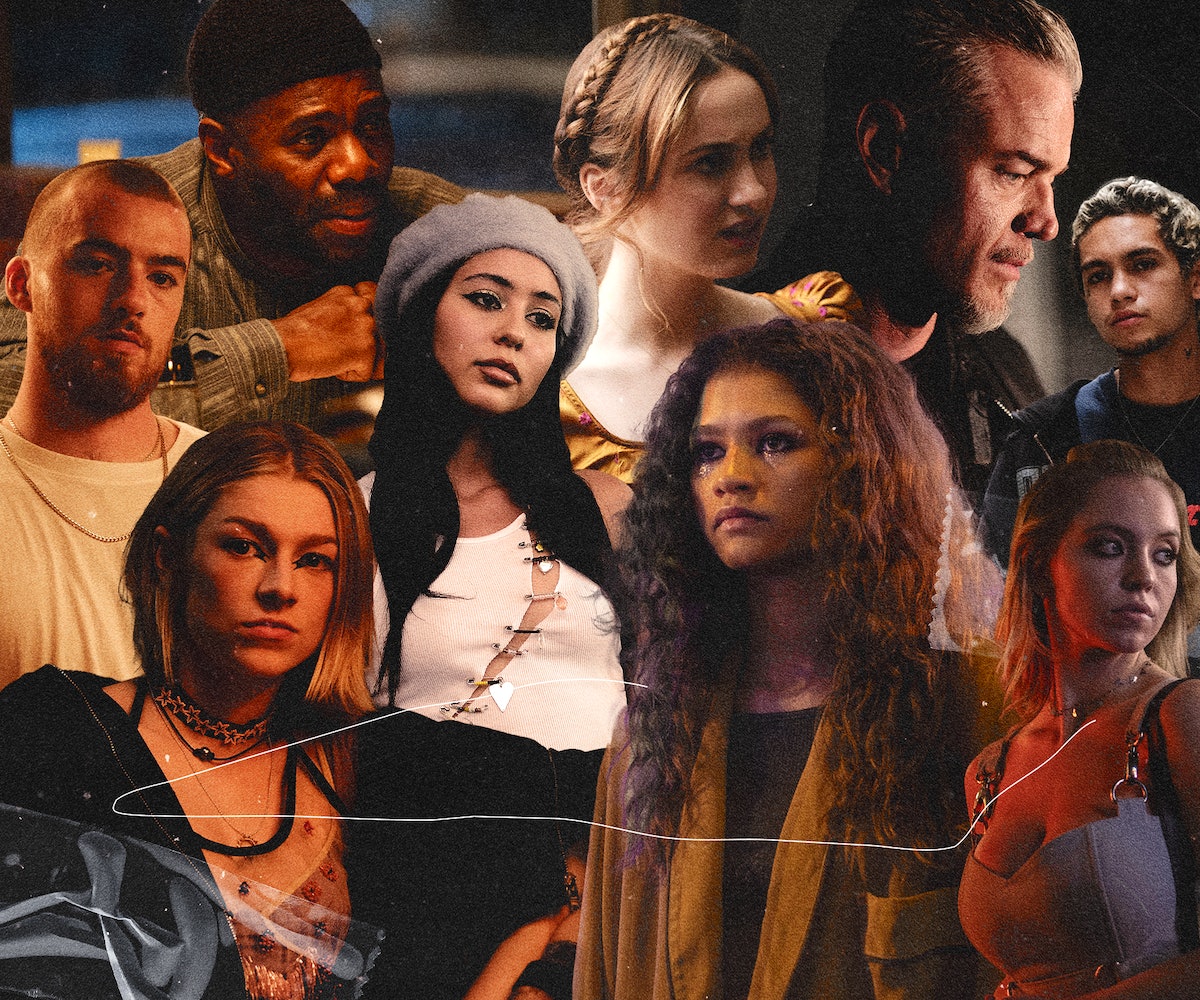 Season two of HBO Max’s gritty teen drama Euphoria is officially underway, and the insane hijinks, to put it mildly, that the students of East Highland High get into — from love triangles and fist fights to drug deals gone bad and near-fatal overdoses — have fans of the show remembering their own crazy stories from adolescence.

NYLON caught up with the cast of Euphoria to share some of their most embarrassing, most memorable or just plain cringe high school memories.

Zendaya (Rue Bennett): “I didn’t really go to regular high school so my stories are like, ‘I was on set you know, making a living.’ I did have a lot of test anxiety. I definitely had that.”

Sydney Sweeney (Cassie Howard): “I don’t like to remember high school. All of it was cringe. A lot of mean kids. I just remember people being mean.”

Alexa Demie (Maddy Perez): “There were a lot of bullies. A lot of mean people in high school.”

Eric Dane (Cal Jacobs): “I was like, this tall, gawky, gangly guy who didn’t really fit in with anybody, so he tried to fit in with everybody. You know? Kind of a chameleon. And that’s tough. It’s hard. It’s like a nonstop struggle, you have to stay on a low boil the whole time. You can’t really, I don’t know. I was on guard in high school. I couldn’t wait for it to be over. I wanted to get my own apartment when I was 12. This is like therapy.”

Maude Apatow (Lexi Howard): “There were countless embarrassing things. When I think about [high school], it’s one giant cringe. This is a terrible story, and I don’t know why it’s the first thing that came to mind, but I was taking a picture because I was in a club in high school. And one of the people who was a member of the club wasn’t in the picture and I had to go find them. Everyone was outside and it was super crowded, and I fell and tore open both my knees. Tore open my pants, was gushing blood, and it was so mortifying. Just stuff like that, all the time. It’ll just come to me and I’ll shudder.”

Dominic Fike (Elliot): “One time on the last day of school, there was this basketball game. I wasn’t feeling too well, and I was at the top of the bleachers, and my friend was playing. It was getting hard to see and I felt weird, and I remember the final buzzer went off, and I thew up on this girl’s head right in front of me. And I came back to school the next year and it was fine. No one even remembered it.”

Nika King (Leslie Bennett): “I would say an anecdote — and I learned this later in life only after playing sports for years, basketball and volleyball — is there are no shortcuts. If you don’t do the work, you’re not gonna see the results. And we can apply this to every character’s journey on the show. There are no shortcuts. You gotta do the work.”

Colman Domingo (Ali): “I can share this, it’s embarrassing. When I was about 16 — I was a bonafide nerd, always. This cool kid, his name was Jerry, sort of befriended me, ‘cause I used to work at McDonalds. I worked in the fry station. He was real cool, he wore jewelry and stuff like that. He was working the register. And he and couple of the other boys, they were gonna hang out afterwards. I asked my mom, ‘Can I hang out with them after work?’ And she said, ‘Yeah, of course!’ She was so excited, because I had friends [laughing].

So we went down and played pinball, and then we got some older person to buy us beers. And they were — it’s so Black — they were like, Colt 45s. We got two each. Now I am already a thin person, and I was like, this big [holds up fingers] at sixteen years old. And I drank two of them, because they were the cool kids. I somehow got the subway home. When I tell you, I was blackout drunk. When I got home, my mother looked at me, and she was just so surprised. It was just so not me at all. And I know I was just like [slurring words]. She didn’t even chastise me, she was just like, ‘Go to bed.’ And when we dealt with it the next day, she was like, ‘What was that?’ Because it was so far away from me. I could tell she was a little tickled by it because she knew I learned my lesson. To see her little 125 pound child just crash. I hung out with [Jerry] again after that, but I didn’t drink anymore. I think that’s why I don’t drink like that. I learned!”

Angus Cloud (Fezco): “I remember, in high school I was hustling or whatever; it kind of relates to my character. I was hustling, and motherf*ckers would come back and they would want more and more and more and more of what I was selling, every time. And I was like, ‘Damn, you’re going downhill now,’ and kind of like Fezco, I was like, ‘I don’t want to see you like that. You’re going downhill. I don’t want to help you go downhill like that.’ So that’s a memory I had from high school that really relates to my character on the show.”