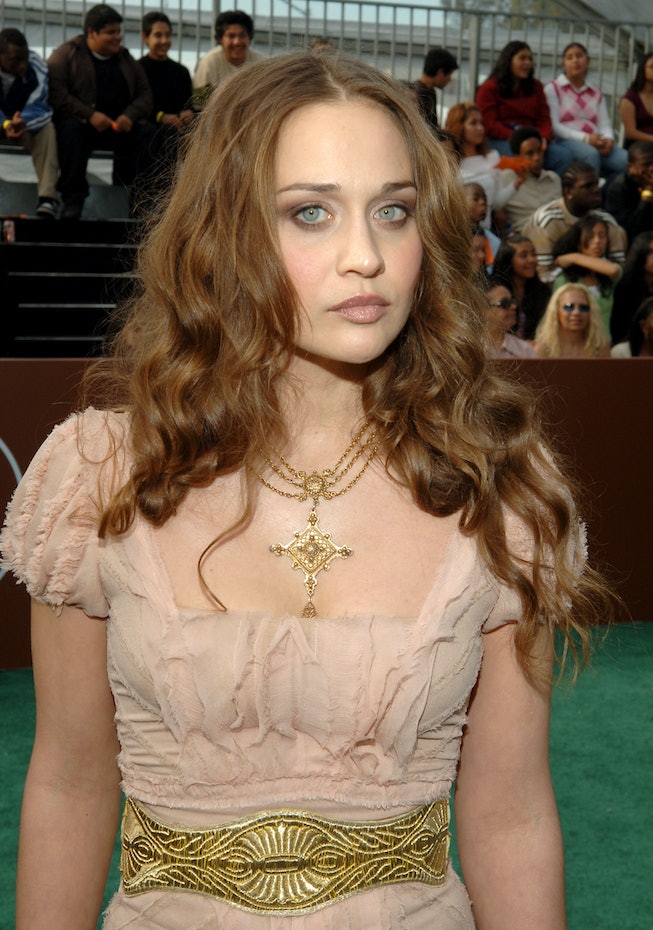 It’s been two years since Fiona Apple graced the world with her acclaimed, boundary-breaking project, Fetch The Bolt Cutters. Since its release, we’ve assumed that the private singer-songwriter has returned to her nest to presumably incubate for another seven to eight years before dropping off her next masterpiece. But to our surprise, she resurfaced on Friday, Oct. 7, with a new song called “Where The Shadows Lie” for Amazon Studios’ highly popular Ring Of Power Series. While we never thought of Apple as a Middle Earth girl, it makes sense! The haunting, mystical track will air in the show’s forthcoming season finale on Oct. 14.

“Where The Shadows Lie” was written by series composer Bear McCreary, and is based off of an iconic J.R.R. Tolkien poem he wrote for the original Lord Of the Rings Trilogy. The poem, composed by the Free Peoples of Middle Earth in the context of the book’s narrative, tells the story of the origins of the Rings of Power and their relationship to the One Ring. Apple sings the poem’s verses on the song, her wavering, rich voice lending a wise and mythical element to the ballad. Apple also lent a hand to the song’s production alongside McCreary and producer Andrew Slater.

“We are extremely excited to share this song with audiences around the world,” said Bob Bowen, worldwide head of music for Amazon Studios, in a press release. “Fiona Apple brings her powerful and cinematic vocals to this beautiful and haunting piece of music, our series’ composer Bear wrote. Her incredible performance and interpretation of this legendary text will amaze fans.”

Rings Of Power showrunners JD Payne and Patrick McKay added: “When we heard Bear’s incredible arrangement, we knew we needed to find a singular, world-class artist to bring it to life in the richest way imaginable. We are immensely grateful to Fiona Apple for doing just that and more. As longtime admirers of Fiona’s work, we are thrilled and humbled to bring her voice to Middle-earth. We cannot wait for audiences to hear ‘Where the Shadows Lie,’ and discover how it ties in with the storytelling not just in Season One, but in the years to come…”

The song will help close the first season of the massively popular Rings Of Power, which has been breaking viewing records for the streaming platform since its premiere on Sept. 1. The series is the prequel to the Lord Of The Rings trilogy, set thousands of years before the original films, and follows the story of high elf Galadriel and her search for Sauron, and the initial forging of the Rings of Power and the One Ring.

Those who subscribe to Amazon Music won’t have to wait until the season finale to hear Apple’s song: “Where The Shadows Lie” is already available to stream exclusively on Amazon Music, here.

NEXT UP
Entertainment
Everything We Know About SZA's New Album
Entertainment
RM's "Yun" & 9 Other New Songs Out This Week
Entertainment
Precious Pepala Is Going From TikTok Covers To Her Own Resonant Songs
The Art Issue 2022
From Renaissance To Gemini Rights: The Stories Behind 2022's Best Album Covers