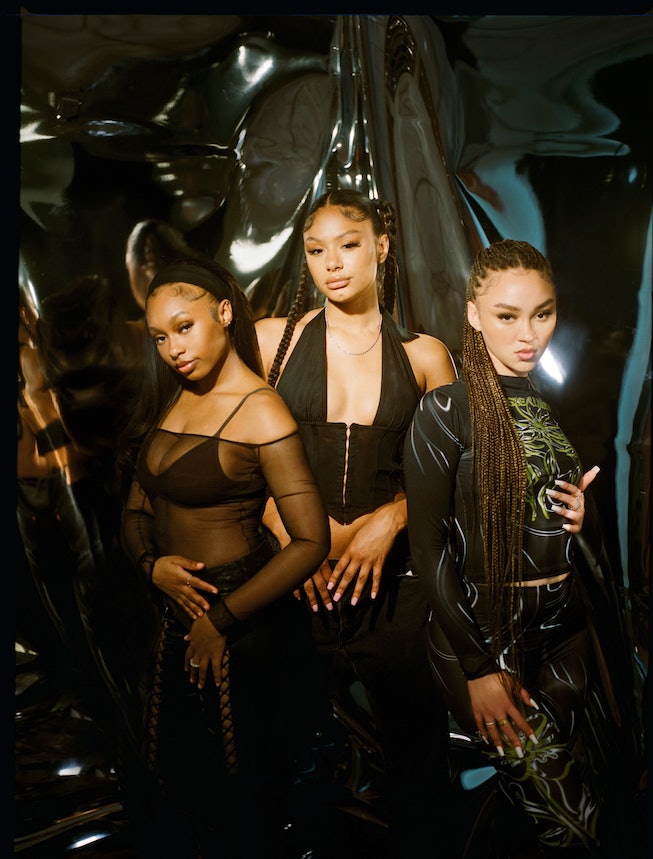 If there’s one thing FLO knows how to do, it’s set a boundary. When the girl group emerged in July with their excellent, ‘90s R&B-mining debut EP, The Lead, it was with a satchel of slick and genuinely catchy bangers that contained the self-assured, unbothered messaging that defined the glorious golden era of R&B. No, they aren’t going to give their cheating boyfriend a second chance on “Cardboard Box,” and no, they aren’t gonna wait for these boys to grow up, on “Immature.” Now, the trio — Renée, Jorja, and Stella, — have returned with another scathing message for the men that just can’t keep up with them. Their new song, “Not My Job,” is a full-throated reminder that they didn’t sign up to be a mother: “It’s not my job to make you feel like a man, boy you need to stop/ It’s not my job, to make you something you are not.”

“Not My Job” is a bonus addition to The Lead EP, with its arrival now extending the project to six tracks. Like the other songs, the new track was produced by MNEK, and heavily features the dramatic production flourishes often heard on songs from Destiny’s Child and TLC.

“We are obsessed with Not My Job and feel like every single day we say 'it's not my job' to someone,” Flo writes of the track in a press release. “Everyone solves issues other people have created, whether it's in a romantic relationship, family drama or at work, and sometimes you just gotta say... it's really not my job.”

Since Flo’s debut, the trio has already fielded an ocean of comparisons to the R&B greats and groups of ‘90s and early ‘00s, with some critics considering them as ushering in the genre’s second coming. It may be too early to say definitively, but Flo’s clean and nostalgic-leaning sound is definitely doing something right. Recently, they’ve even received one of the greats’ blessings: While recording “Not My Job,” the girl group was reportedly graced with a visit from none other than Kelly Rowland.

“It was pretty cool that Kelly Rowland came into our session when we were putting the finishing touches on our vocals with MNEK in L.A.,” Flo added in the release. “She knows the job!”

Alongside the new release, Flo has also announced that they’re Apple Music’s Global Next Up Artist, following in the footsteps of other now-successful musicians like Billie Eilish, Clairo, Khalid, Bad Bunny, and more. It seems we’ll be seeing a lot more of Flo in the future, and we’re definitely not complaining.