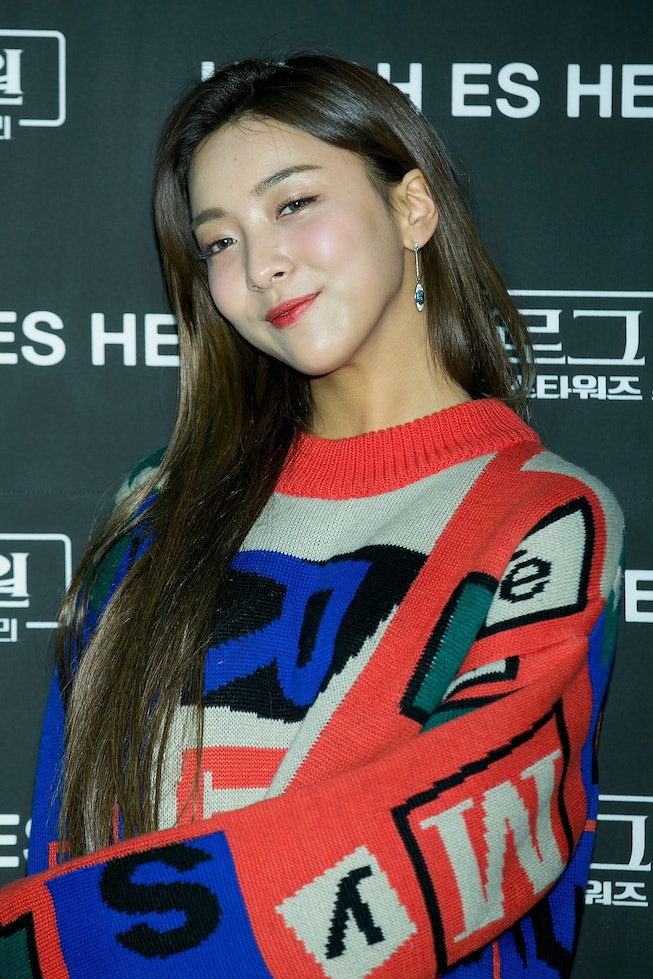 K-pop is heading to Broadway. The music genre that’s skyrocketed in popularity has been adapted into a musical that will premiere in the U.S. later this year. The production, aptly titled KPOP, is a “high-energy” multimedia performance about Korean pop artists — and the star of the show is none other than Luna, one of K-pop's most coveted breakout singers.

According to The New York Times, Luna announced her Broadway debut this week at New York’s Korean Cultural Center. “Anyone who has followed my career knows that musical theater has always been a driving passion of mine,” she said. “Broadway represents the pinnacle of achievement in my profession, so being able to bring my culture to the fans who flock here from all over the world to see a Broadway show is the honor of my life.

Luna began her sprawling career in 2009 when she became the lead vocalist of the girl group f(x), which also featured singers Krystal Jung, Amber Liu, and Victoria Song. Together, the group released a myriad of hit songs like “4 Walls,” and “Electric Shock.”

In 2011, Luna pivoted to theater, and starred as Elle Woods in the South Korean production of Legally Blonde. Later that year, she landed another exciting role as Violet Sanford in the musical-version of Coyote Ugly. She’s since established herself as a seasoned performer, and has starred in High School The Musical on Stage!, In The Heights, and Mamma Mia! Her latest role in KPOP will be her first time working on a show about her own lived experiences.

KPOP will premiere on Broadway this fall. The upcoming musical was created by Jason Kim of the Woodshed Collective theater company, which is based in New York City. Kim reportedly wrote the script, while Helen Park and Max Vernon crafted the music. Though the show is new to Broadway, it had an off-broadway run in 2017 at the A.R.T center. That version of the musical was structured as an immersive performance that took place on a duplex-set in New York City’s Hell's Kitchen.

The next iteration of the show is still under wraps, but Kim has expressed his excitement about the project. “The world we explore in ‘KPOP’ is cutthroat, relentless in its pursuit of perfection, full of passionate, hugely ambitious artists, and ultimately a source of joy,” he said.