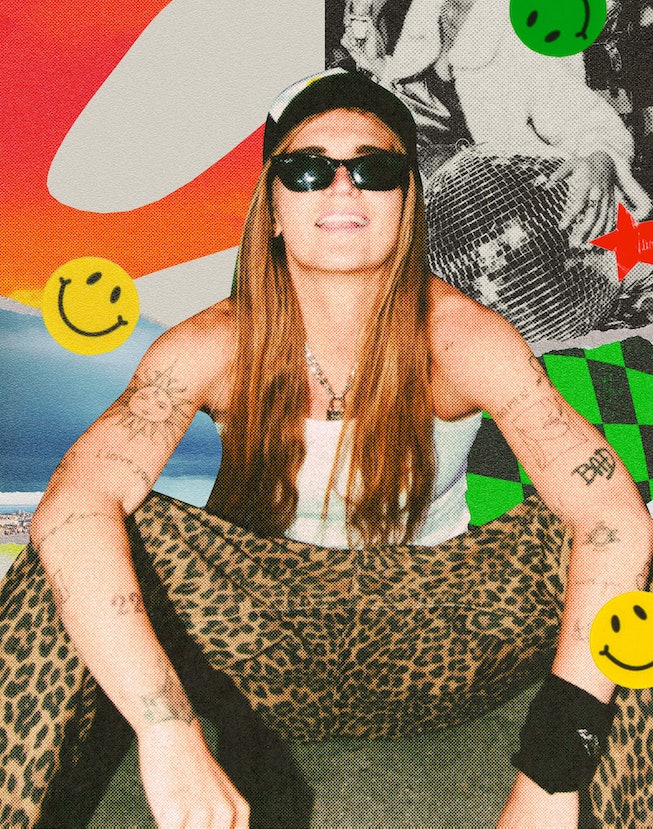 There’s no one way of coming out. In that spirit for Pride 2022, NYLON asked six queer musicians to share their coming out stories. Below, rising pop alt-rock singer, songwriter and producer G Flip talks about their Catholic school upbringing in Australia, coming out as gay versus nonbinary, and their current relationship with Chrishell Stause.

From a very young age, I felt like I was queer. I had crushes on girls going out throughout my whole childhood. But, I also went to a Catholic primary school, and an all-girls Catholic high school, so I suppressed all of those queer thoughts because I didn't have many queer role models in my life. I didn't have anyone. Even the media or music that I was consuming at those ages didn’t have queer storylines. I remember at 12-years-old, someone came out at the all girls high school. We just pointed at her and people would be like, "Oh, that's the gay chick."

So I suppressed all these feelings I had my entire life, because it didn't feel like a safe space for me to come out to my friends and say, "I think I have crushes on girls,” or “I have a crush on this girl," or whatever. I kept it very much to myself as a secret, and then tried to force myself to be straight, basically.

I remember looking at myself in the mirror and being like, "You're not gay, you're straight. You like this boy. You have a crush on this boy," and all this stuff. So I came out after high school, like later in life. And coming out was the best thing, the most euphoric feeling. It's really great to just live your authentic truth. And then I came out nonbinary, so I had two coming outs.

I think a lot of people still aren't educated on what being nonbinary is. When I came out to my parents, they're both like, "What is that??” You know? While coming out gay, obviously my parents knew exactly what that meant, but for being nonbinary, for the older generation, I feel like they're still a little bit behind and still getting educated on what that actually means.

But my coming out as nonbinary was beautiful. I obviously came out to my friends and family first, and they were using my new pronouns. And then I did a post on social media a couple months later. It was met with warm, beautiful responses.

I remember coming out to my dad as gay and him just being like, "Okay, cool. Do you still want spaghetti for dinner?" Coming out nonbinary was all good, except my parents still to this day are struggling to understand what that means. And it's just because they're older and so it takes a bit more. They've gone their whole life not being used to that. So it's just getting them used to it and educating them on what that means.

When I look at my childhood, I see what was missing was queer idols or someone to look to, or music that was queer, or storylines in TV. I know that that would've had such a big impact on me. So definitely part of the G Flip project is filling that space of that person I didn't have when I was a kid. I just know little me watching video hits or MTV as a kid, watching music videos, I would've loved to see a strong, queer, drumming nonbinary artist. So I want to try to fill that gap.

Being in a very public queer relationship now, I guess it's different. It's not something that I'm used to, but all in all, we're both so stoked and happy. I'm so proud of how Chrishell's handled everything.We've been to a few queer bars down in WeHo here in LA, and we're always met with lots of love, so that's very cute. It's going great. It's fun.

My advice to my younger self, or younger queer people would just be, take your time. You don't have to rush anything. And always make sure you come out in a safe space where you feel like you're safe to do so. There's no rush. And consume all the queer media you can.

There's so many helplines online and really great organizations for LGBTQIA+ youth. Go out and find those youth organizations or help lines. If you want to speak to someone, there's always someone to speak to. Living my authentic life is the best thing that I ever did. So I would encourage you to be yourself.