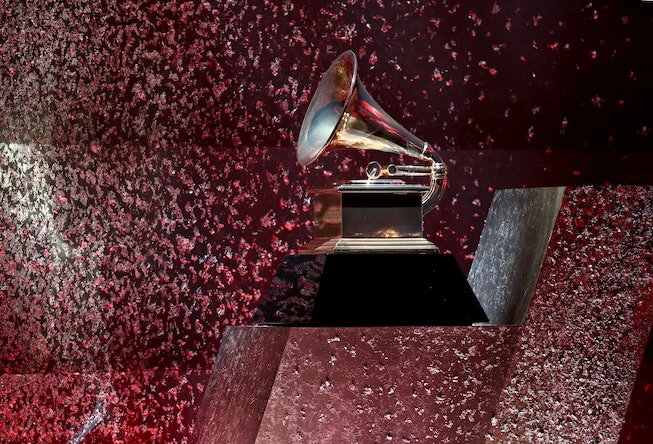 Photo by Rich Polk/Getty Images for The Recording Academy

The 62nd Grammy Awards may not have been the most memorable thing to happen during 2020, but they were notable in their own way. Newcomer Billie Eilish stole the show, becoming the second artist ever to sweep the night's four big categories: album, record and song of the year, and best new artist (Lizzo was also nominated for all four prizes). The new CEO of the Recording Academy, Deborah Dugan, was fired shortly before the show, and the morning of the ceremony, Kobe Bryant, his daughter and seven others were killed in a helicopter crash, casting a dark shadow on, well, everything. The 63rd Grammy Awards, will not, as we now know, return completely to normal. To be held on January 31, 2021 and hosted by The Daily Show's Trevor Noah, the ceremony will be broadcast in the middle of a deadly pandemic, economic downturn and global unrest. But we do know that the show will go on, and the nominees will be live-streamed today, November 24 at 9AM PST/12PM EST. This page will be updated live as the results come in.

Below, highlights from the 2021 Grammy Award Nominations:

“Rain on Me,” Lady Gaga with Ariana Grande

“The New Abnormal,” The Strokes

“It Is What It Is,” Thundercat

“Highest in the Room,” Travis Scott

“Alfredo,” Freddie Gibbs and the Alchemist

NEXT UP
Entertainment
RM's "Yun" & 9 Other New Songs Out This Week
Entertainment
NYLON's Favorite Albums Of 2022
Entertainment
Caroline Polachek Announces Album ‘Desire, I Want To Turn Into You’
Entertainment
Precious Pepala Is Going From TikTok Covers To Her Own Resonant Songs