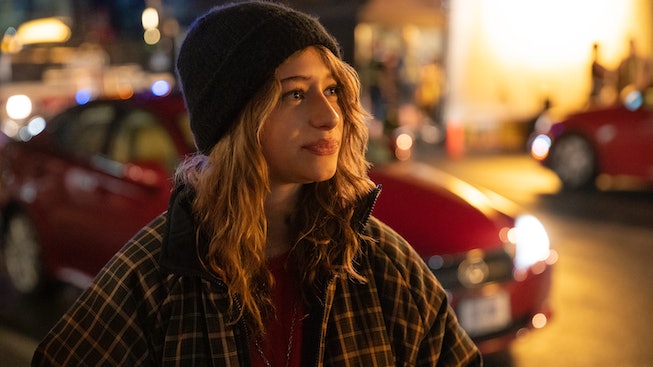 "We need someone to hear us," says one character towards the end of the first teaser released for Netflix's upcoming high school drama Grand Army. It's clear that this young girl is probably talking about something specific, but from the looks of it, her words could serve as a good descriptor for the entire show, which will grapple with sexual, racial, and economic politics through the eyes of five students enrolled at the largest public high school in Brooklyn.

Described by Netflix as a "gritty young adult drama," Grand Army will "take on our chaotic world as [students] fight to succeed, survive, wild out, break free and seize the future." Created by playwright Katie Cappiello (best known for the teenage rape story SLUT and the pre-prom investigation into the minds of adolescent boys Now That We're Men), the nine-episode drama appears to take a cue from popular teen shows like Euphoria and Sex Education in its focus on the darker side of modern-day high school life.

The 80-second teaser juxtaposes scenes of students getting into fights, taking a knee during the national anthem at a school assembly, crying in the bathroom, getting arrested, and hooking up on school grounds next to scenes of more standard activities, like playing sports, dancing, and practicing their instruments. (One student's saxophone-playing provides the background soundtrack for the trailer.)

Check out the first teaser for the new drama below. Grand Army will premiere October 16th on Netflix.