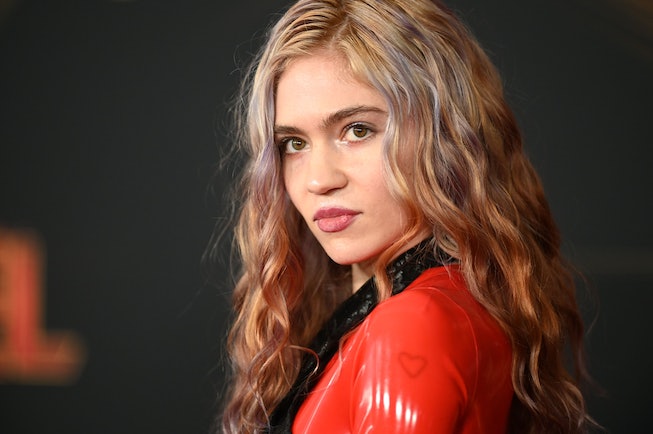 Grimes is the closest thing music has to a real life forest-dwelling faerie, and now she’s established a new musical genre to match her vibe. After petitioning for Spotify to recognize ethereal as a genre in 2019, Grimes came out on top as the streaming giant accepted her demands. In classic Grimes fashion, the entire thing had completely slipped her mind: “I forgot I petitioned for this, haha,” she wrote on Twitter.

Grimes pushed for ethereal music to be recognized as a genre based off her own experience in the industry; after constantly getting pushback over how her own music’s genre-less atmosphere made it difficult to land on playlists and radio, she took matters into her own hands.

"When you look at artists such as Bjork, Kate Bush, FKA Twigs, Eartheater, Yeule, Rosalía, I feel all of us are heavily influenced by sci-fi and fantasy,” she wrote in a statement. “We often produce our own music and direct our own visuals (or are at least at the helm on such matters).”

“I feel we are all dedicated to experimentalism but with strong elements of pop and universal beauty,” she continued. “I’m not rly sure how to describe it but I feel like there is a lineage of music here that I imagine I belong, too. I don’t want to speak for other artists, but I feel like there should be more playlists and radio stations dedicated to this creative realm because it seems to exist."

Grimes even launched a seven and a half hour playlist to get everyone acquainted with the fantastical energy of Ethereal music. Grab your faerie wings and cyber-medieval headwear and press play.

NEXT UP
Entertainment
SZA May Finally Be Returning With New Music
Entertainment
Björk's Music Video Evolution, From Fresh-Faced Star To Avant-Garde Master
Life
Grimes’ ‘Book 1’ Includes A Collaboration With The Weeknd
Entertainment
On ‘Cool It Down,’ A Spitfire Band Matures