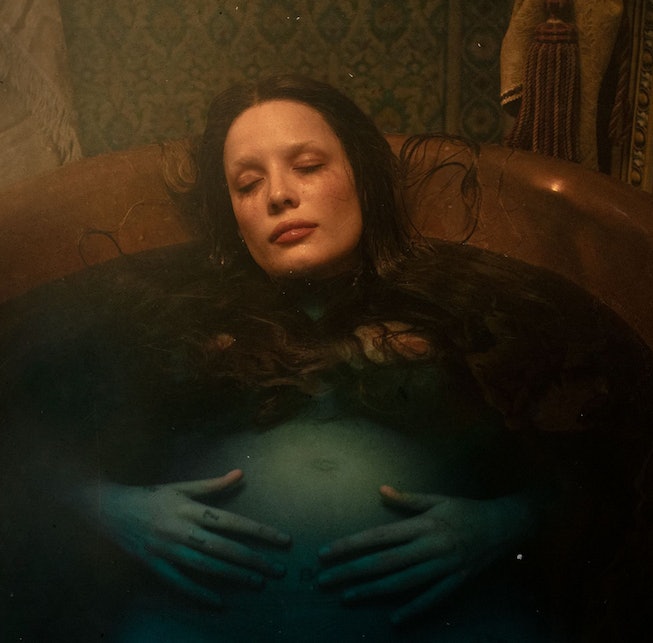 In July, Halsey shared the first trailer for her visual album and event, If I Can’t Have Love, I Want Power, and now HBO has announced that they’ve acquired the rights to the film. The movie will soon be able to stream on the platform starting Thursday, October 7. The companion visual to the star’s acclaimed new album, the film is an intense meditation on the spiritual — and sometimes terrifying — experience of childbirth.

Originally screened at exclusive IMAX theaters earlier this year in a limited release, the film made nearly $1 million at the box office and sold out over 70 theaters.

“This film is about the lifelong social labyrinth of sexuality and birth,” the opening credits of its trailer read. “The greatest horror stories never told were buried with the bodies of those who died in that labyrinth.” What follows — a very pregnant Halsey going through a horror-filled Victorian journey through childbirth and beyond — is presumably one of those stories.

The film was written by Halsey and directed by Colin Tilley, who previously worked with her on the videos for her recent hit singles “Without Me” and “You Should Be Sad.” Produced by Nine Inch Nails frontman Trent Reznor and Atticus Ross, the somber, suspenseful trailer and accompanying music (all written by Halsey) hint at a dark yet artistically fertile era for the artist. Watch the trailer below, and catch the film on HBO on Thursday.

This article was originally published on July 13, 2021