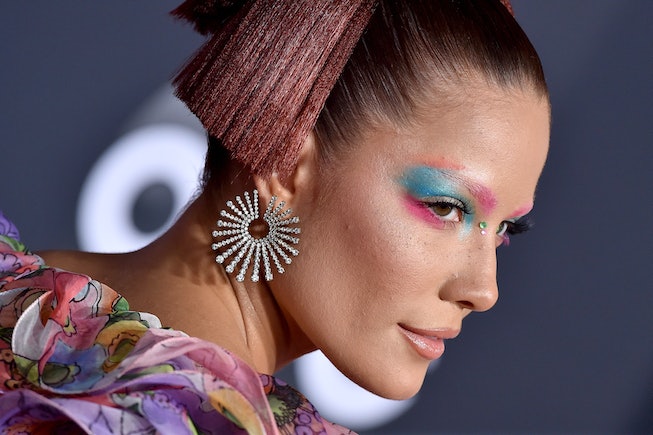 Hollywood's baby boom continues! Halsey (whose real name is Ashley Frangipane) and her boyfriend, Alyvin Aydin, welcomed their first son, Ender Ridley Aydin, on July 14th. In a sweet photo shared on Instagram, the singer is seen holding their newborn while gazing lovingly at their partner. The photo was captioned, “Gratitude. For the most “rare” and euphoric birth. Powered by love.”

The twenty six year old singer shared baby-bump photos throughout their pregnancy, excitedly bringing their fans along for the ride. Last week they appeared as the cover star of Allure, and explained the stress - in gripping detail - of preparing for childbirth.

“I had to make a choice between taking my prenatals and throwing up, or maintaining the nutrients I did manage to eat that day,” they said. “I went to my doctor, crying my eyes out, and I was like, ‘I haven’t taken my prenatals in six weeks. Is my baby okay? I was so angry with myself.” As it turns out, both Halsey and Ender were doing just fine.

While navigating pregnancy, the grammy winner also began working on a new project inspired by their experience. The upcoming visual album, titled, If I Cant Have Love, I Want Power explores “the lifelong social labyrinth of sexuality and birth.” IMAX is opening ticket sales on August 3rd.