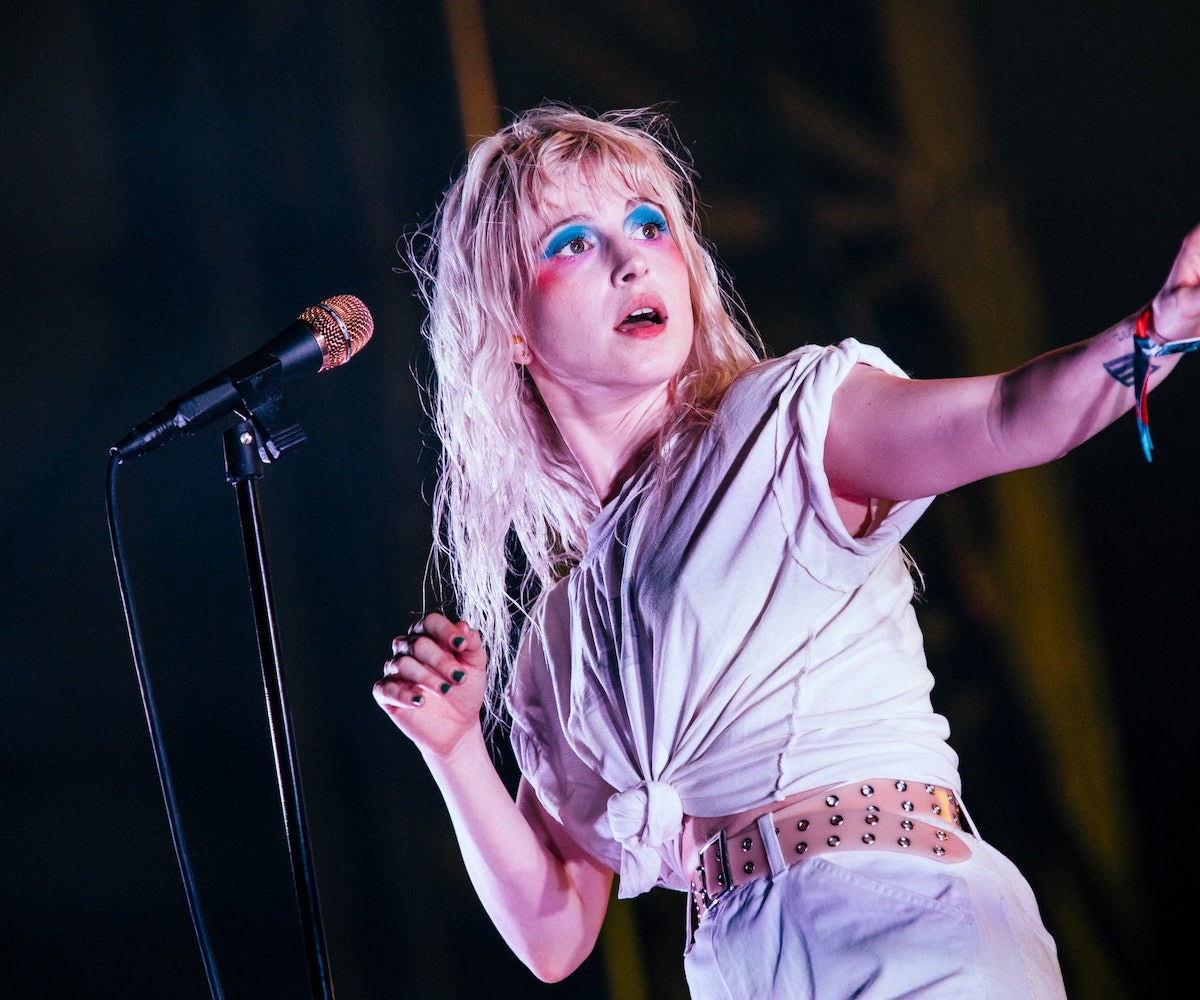 Those who have been following Hayley Williams, and the slightly creepy doll body parts she has been mailing to select fans around the country recently, know that the Paramore front woman has been teasing the existence of a new project for some time now. And turns out, they're right, as Williams has finally announced her second solo album which comes out this Friday and unconventionally also goes by two names: Flowers For Vases and descansos.

The Paramore singer made the reveal on her Instagram Thursday morning by posting the album cover — which shows her laying in a milky red and white pool of unidentified liquid — and following that up with her own personal message about the record on her Stories.

"This isn't really a follow-up to Petals For Armor," she writes. "If anything, it's a prequel, or some sort of detour between parts 1 and 2 of Petals."

She also reveals that she wrote and performed the entire forthcoming project by herself — "a career first," she notes. The album was recorded in her home at Nashville, where she's lived since the release of Paramore's last full-length project After Laughter. And for those worried that this new arrival will somehow also mark the end of the much-beloved band, "Paramore is still a band," Williams also states.

Williams has already shared one of the singles from the album called "My Limb," which arrived last week, also in an unconventional fashion. The singer initially hand-delivered the track on a burned CD to a nearby fan in Nashville, who then "leaked" the track on social media. The grungy rock tune follows the darker pop sound she established on her debut solo album, Petals For Armor, which she released in three parts throughout the first half of 2020.

Check out the Williams' full Instagram note about the new album below, and make sure to peep Flowers For Vases/descansos when it arrives on Friday.