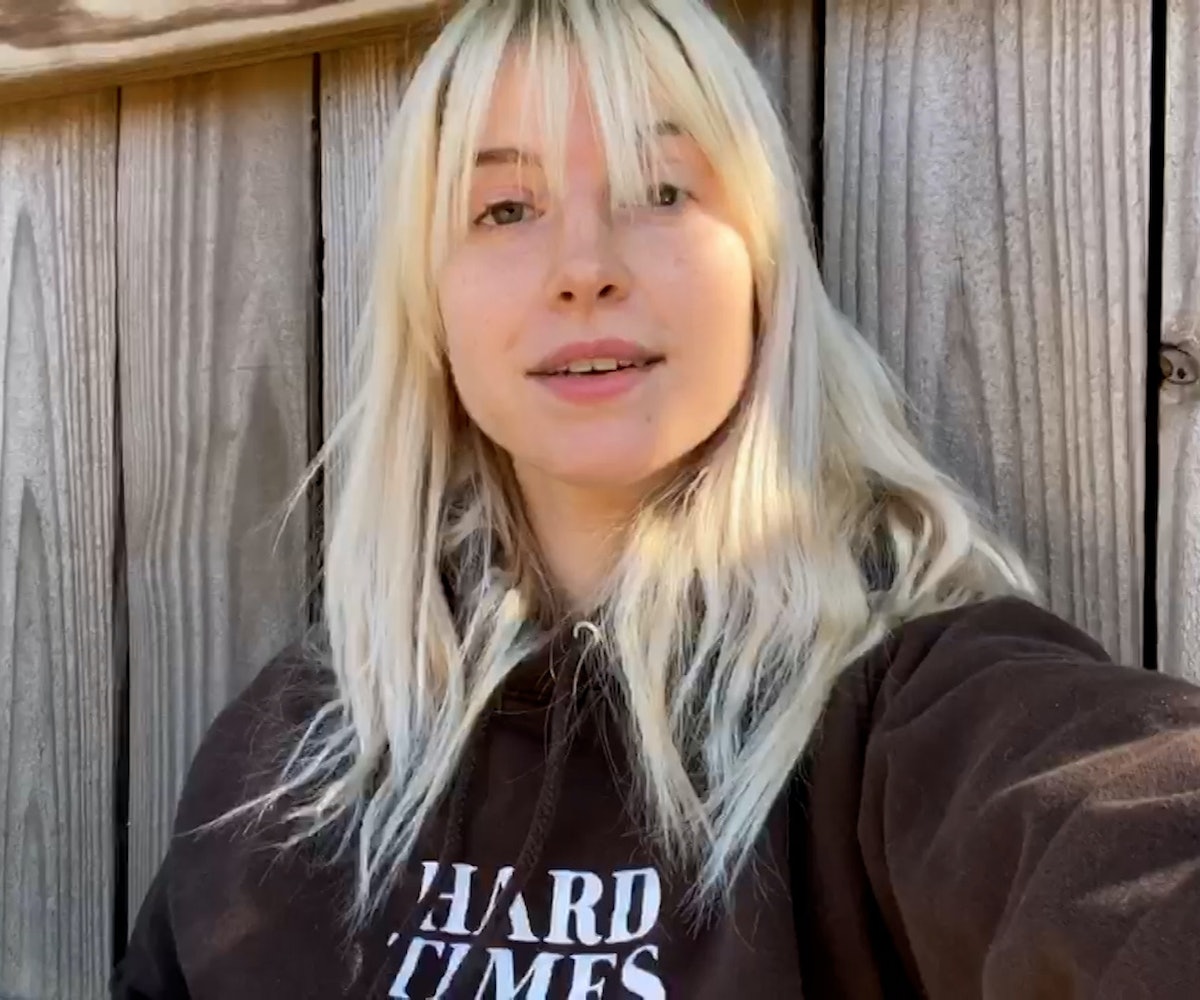 It's an impossible fantasy every hardcore fan has probably had: your favorite pop star drives up to your house to hand-deliver an unmarked, burned CD that contains an unreleased song for your ears only.

Well, this far-fetched scenario has now actually happened to one lucky fan: Carly Butler of Nashville, Tennessee, who during Thursday's "Wolf Moon" (or, for laymans, January's full moon) received a special visit from none other than Hayley Williams. The singer drove to Butler's home to deliver a CD that contained the unreleased song "My Limb." And, of course, like any good fan, Butler did the public service of swiftly 'leaking' it by posting it to Twitter and YouTube (with Williams' blessing, of course.)

Williams documented the super special delivery via her Instagram story, which showed her dramatically dressed in a long, black coat and flower-printed mask driving to Butler's home to "drop off a sanctuary candle, and a burned copy of one of the songs, 'My Limb'," she says.

Prior to this, Williams had also been mailing out actual limbs (albeit, doll ones) to fans to market the song, including this enthusiastic fan on Twitter who received an, um, leg.

Sonically, the new track aligns with the darker pop sound that saturates the first third of her debut album Petals For Armor, the first single for which, incidentally, was released nearly one year ago to the day. "My Limb" is more pared back with shadowy guitars and brooding one-liners from Williams like: "If you gotta amputate, don't give me the tourniquet."

Recently, Williams has been dropping clues about a rumored next album, including the sudden emergence of a mysterious new website called flowersforvases.com, whose existence was first publicized by longtime Paramore fan account @Paramore-Music.com. Whatever it is, we're ready — limbs and all.