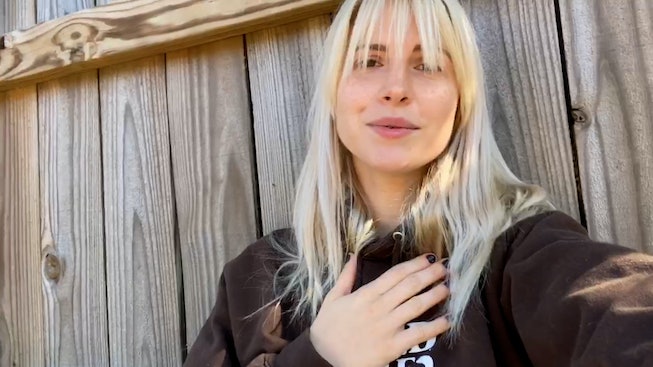 The live performance drought of 2020 has been rough for music fans. It feels like literal lifetimes since anyone went to a show without the looming hand of death on their shoulder! Thankfully, musicians have been doing their best to give us creative and memorable recordings of live performances, which is as close enough to the real thing as we'll get for the time being. Hayley Williams may not have been able to tour behind her solo venture, Petals For Amor, but she brought the energy to NPR's Tiny Desk Concert Series, along with a few surprises.

It was Williams' first time performing on the series without Paramore, but she had some backup thanks to Paramore fan and singer-songwriter Julien Baker on guitar, indie-country singer-songwriter Becca Mancari on keyboards and backing vocals, Paramore bassist Joey Howard, and Nashville drummer Aaron Steele Williams called the show her favorite of the year, and thanked everyone who lent a helping hand: "This year was a shitshow yet music and friends came through, per usual."

Williams has a lot of fun with the performance, and with her pals in tow, belts out “Pure Love,” “Taken,” and “Dead Horse.” She also pulls out a literal teeny, tiny desk for some much appreciated levity. Watch the whole thing below.