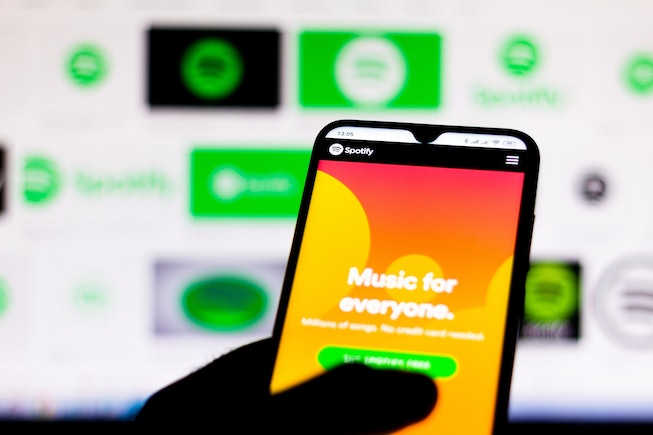 'Tis the season of Spotify Wrapped — a time for reminiscing about that one song we played on loop during that weeklong depressive spiral, the many new artists we discovered (and then never listened to again), the throwback songs we maybe have unhealthy attachments to, and... the several hundred genres we apparently discovered?

If you're like me, perhaps the most surprising and perplexing piece of data from your 2020 Spotify Wrapped package was the number of genres you reportedly listened to throughout the year. Forget the broad categories of rock, pop, R&B, hip-hop, electronic, and more from the old days. Unlike some musical institutions, Spotify is clearly classifying its billions of tunes on a much larger and more fluid, inclusive scale.

How much larger, you ask? It turns out, what's revealed on your Spotify Wrapped is but a fraction of the supposedly 5,071 genres the streaming service categorizes its music into, according to Every Noise at Once, a website created by Spotify's genre taxonomist Glenn McDonald. The website is a visual representation of every label they use to slap on a song, and frankly, scrolling through is overwhelming.

Browsing the website reveals nomenclatures we've never even heard of, like "deep liquid bass," "talent show," "antiviral pop," and yes — "Escape Room." A microgenre that's popped up on a lot of people's Wrapped lists this year, "Escape Room" has long been a curiosity of listeners and music enthusiasts alike. And what does it sound like? Well, Charli XCX, Lizzo, Kaytranada, M.I.A., and JPEGMAFIA are just a slice of the hundreds of existing artists filed under the label. (A Spotify-generated playlist of "Escape Room" songs can be found here.)

If that all still feels confusing, maybe this 2016 quote from McDonald, in which he reveals that he came up with the genre name himself, will be a bit more illuminating.

"[Escape Room] is one where the genre comes from collective listening patterns, but I made up the name myself, because I couldn’t figure out any existing one to apply. The vibe is kind of an underground-trap/PC-music/indietronic/activist-hip-hop kind of thing, and I thought of “escape room” both for the sense of escaping from trap, and for the ideas of excitement, puzzle-solving and indoorness implied by the actual physical escape-room phenomenon."

Once you remember that Spotify has one of the world's most advanced recommendation and playlisting algorithms, the nicheness of it all makes a lot more sense. How else would they be able to know whether someone wants to listen to Phoebe Bridgers rock or Nirvana rock without breaking the genre down into all of its smaller, more specific parts? Several of the categories are also geographically linked, so that one can browse hip-hop being made in Scotland ("scottish hip-hop) or Malaysia ("malaysian hip-hop").

Every Noise at Once is just one of several online tools provided by Spotify that provides a peek into how the whole engine works. Other ways you can slice up the data? See the most popular genres broken down by country, or take a brief tour through the "most passionate genre cults," or find out which song is most resonating with 18 through 24 year olds in Japan. Personally, this all might be a bit too scientific for the way I like to find new music. But hey, at least we know now that a hardcore scene exists in Connecticut.