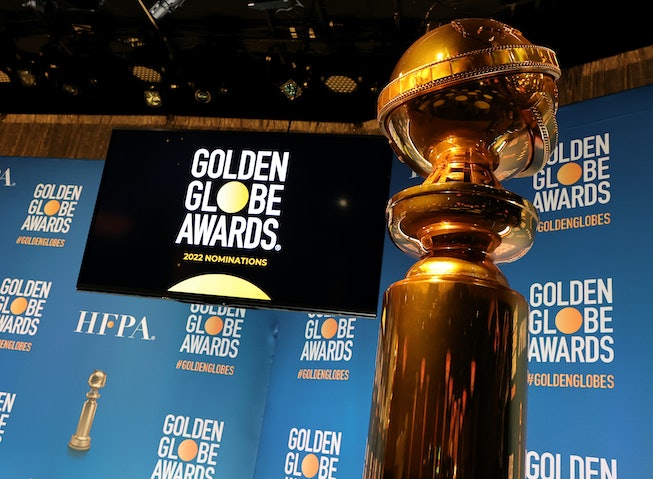 The 2022 Golden Globes are still happening, but the ceremony will be much different from any years past. On Sunday, January 9th, the film and television awards ceremony will take place at its usual spot, the Beverly Hilton Hotel, but this year, the decades-old event will do so without an audience, red carpet, celebrity guests, or television broadcast.

Since February of 2021, the Golden Globes have been scrutinized for immoral practices. The Los Angeles Times published a scathing expose about the Hollywood Foreign Press Association (HFPA), which is behind the Globes, and accused its members of “ethical lapses” in business conduct. The article also called out a lack of diversity in HFPA’s voting membership — which reportedly had no Black member — in addition financial corruption throughout the organization.

According to a lawsuit filed by Kjersti Flaa, a Norwegian entertainment journalist, members of the HFPA accepted “thousands of dollars in emoluments” from production studios, television networks, and celebrities who were later awarded trophies by the body.

Since the exposé’s release, Hollywood has distanced itself from the HFPA. Netflix and Amazon announced a boycott, Tom Cruise returned his three Golden Globe, and actors including Scarlet Johansson and Squid Game’s Lee Jung Jae will also boycott the event entirely. Per The Independent’s reporting, Johansson recalled sexist conversations with members of the HFPA that “bordered on sexual harassment.”

NBC has also declined to broadcast the event this year. The network has hosted the Golden Globes since 1966, but announced their decision to pull the show on Monday, January 3rd. Time’s Up — the leading sexual harassment support organization — applauded the move and called it “a defining moment for Hollywood.”

Though many are steering clear of the event, the award show is moving forward with its 2022 ceremony. Snoop Dogg is still set to host and Golden Globe winners will be announced, even if the recipients are not present. This year's list of nominees includes Lady Gaga, Alana Haim, and Kristen Stewart amongst several others.