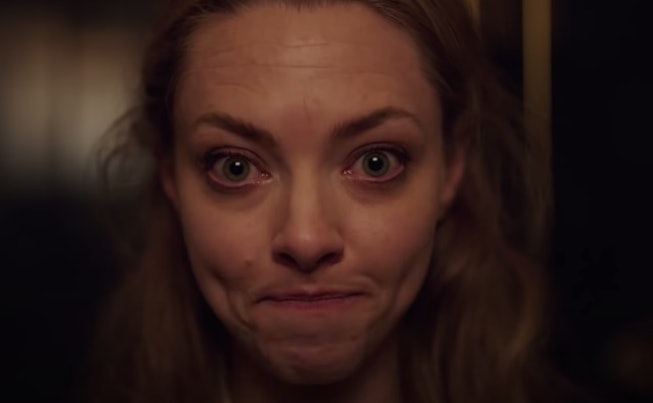 In 2015, Elizabeth Holmes was named the youngest and wealthiest self-made female billionaire by Forbes, based on the $9-billion valuation of her health tech company, Theranos. By the following year, Holmes had been exposed as a potential fraud, with the same magazine revising her net worth to be zero. If it sounds like perfect fodder for a television show, Hulu thought so too — and The Dropout will chart Theranos’ swift rise and fall.

The series will star Amanda Seyfried as Holmes and Lost’s Naveen Andrews as Sunny Balwani, Holmes’s business partner and secret boyfriend (in a good sign for the show, the first trailer features Seyfried nailing Theranos’ famously strange voice, that she allegedly faked).

Holmes, a Stanford dropout, was lauded as the next Steve Jobs, thanks to her black turtlenecks and supposedly revolutionary blood testing technology. Once it was revealed that the technology didn’t actually work, Holmes was outed as something of a Silicon Valley scammer who had put thousands of people’s lives in danger. In 2018, the U.S. Securities and Exchange Commission charged Theranos and Holmes with “massive fraud,” for which she paid a $500,000 fine, returned 18.9 million shares to the company, gave up control of Theranos, and was barred from being an officer or director of a public company for ten years.

Balwani, who served as Theranos’s chief operating officer, was also charged on nine counts of wire fraud and two counts of conspiracy to commit wire fraud, for distributing the blood tests with falsified results. Both Holmes and Balwani were indicted by a federal grand jury in June 2018; the currently on-going case began on August 31, 2021, and if convicted, Holmes faces up to 20 years in federal prison.

Before everything came to light, Holmes enjoyed support from a wide range of influential people, including Henry Kissinger and Besty DeVos. She was also engaged in a secret relationship with Balwani during Theranos’s rise and fall, which Holmes says contributed to her downfall.

The Hulu series will premiere Thursday, March 3, 2022, with three episodes, and new episodes to follow weekly. The synopsis reads, “Money. Romance. Tragedy. Deception. Hulu’s limited series ‘The Dropout,’ the story of Elizabeth Holmes (Amanda Seyfried) and Theranos is an unbelievable tale of ambition and fame gone terribly wrong. How did the world’s youngest self-made female billionaire lose it all in the blink of an eye?”

Watch the first trailer for The Dropout below: