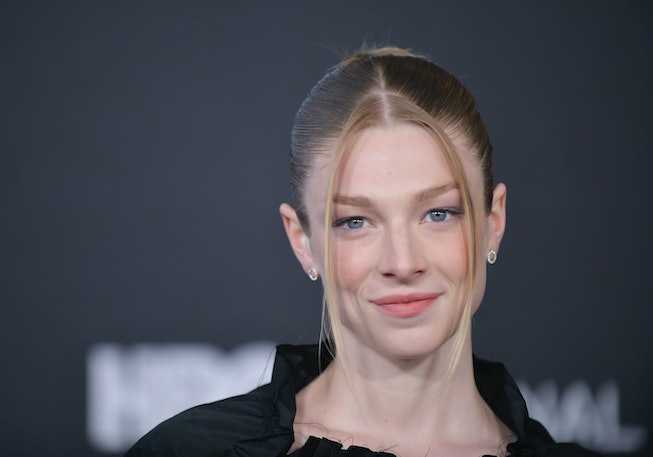 It’s time to volunteer as tribute...again.

The long-awaited Hunger Games prequel, The Ballads Of Songbirds and Snakes, was officially announced earlier this year at CinemaCon, and now, one of the Euphoria stars has joined the cast. Hunter Schafer will portray Tigris Snow, the cousin and confidant of the film’s lead, Coriolanus Snow (Tom Blyth).Eugenie Bondurant portrayed Tigris in the original film franchise, and was known as a Capitol stylist.

The Ballad of Songbirds and Snakes takes place many years before the Jennifer Lawrence-starring quadrilogy is set. It’ll reportedly follow 18-year-old Coriolanus, who “sees a chance for a change in fortunes when he is chosen to be a mentor to Lucy Gray Baird (Rachel Zegler), the girl tribute from impoverished District 12.”

Lionsgate revealed that the film will hit screens on November 17, 2023. The film will be based on the 2020 novel of the same name by Suzanne Collins, and directed by Francis Lawrence — who also helmed the last three of the four HG movies: Catching Fire and Mockingjay Parts 1 and 2. With Mockingjay Part 2 having come out in 2015, it’s been quite some time since we revisited Panem and its dystopian problems, but hype for the film has already hit Twitter.

So far there’s been no word on whether Lawrence, whose career reached meteoric heights after she starred as Katniss Everdeen, will make an appearance. The four original Hunger Games movies collectively pulled in $3 billion at the box office. The films also starred Josh Hutcherson as Peeta Mellark, Liam Hemsworth as Gale Hawthorne, Woody Harrelson as Haymitch Abernathy, Elizabeth Banks as Effie Trinket and Donald Sutherland as President Coriolanus Snow.