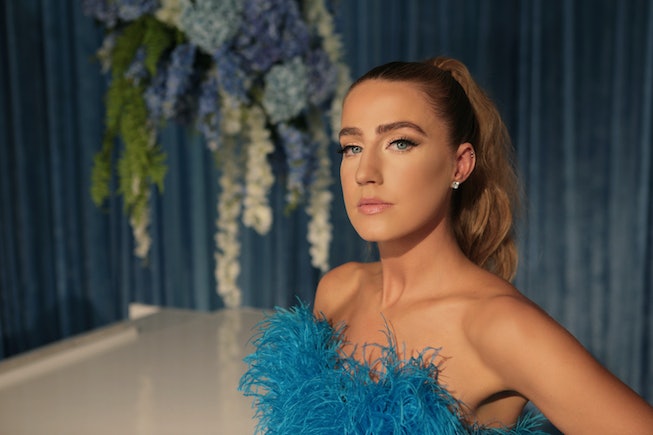 Our culture may be laden with misogyny, but Ingrid Andress isn’t having any of it. Her stereotype-flipping anthemic single, “Lady Like,” off her 2020 debut album of the same name, is a testament to her independent perspective — not to mention her warm, soaring vocals. And her multiple Grammy nominations are testament to the 29-year-old’s impact: in addition to Andress’ Best New Artist nomination, her single “More Hearts Than Mine” and her album Lady Like are up for Best Country Song and Best Country Album, respectively. As the only country artist nominated for any of the four major categories, Andress’ presence is all the more potent.

Recalling the boundary-breaking country singers that have come before her, Andress is part of a new generation of the genre. In a new video for “Lady Like,” premiering exclusively on NYLON below, Andress uses fashion to tell a story of renewal. “A lot has happened in the two years since I put ‘Lady Like’ out, and I wanted my fans to be able to see where I’m at now as a human,” Andress tells NYLON. “I’ve become very into the idea of self expression through fashion, and I wanted the video to have a more visuals of what ‘breaking stereotypes’ looks like to me.”

Watch the video for “Lady Like” below, and read on for a conversation with Andress:

Congratulations on your Grammy nominations! What does it mean to you to be the only country artist nominated in the four major categories?

Thank you! I feel very honored that I get to represent the country genre. I think country music is growing and expanding in such a cool way, so I’m hoping that people see that there’s so much more to it than just beer and trucks. Even though those things are great, it’s only just a portion of what the genre has to offer.

What are you most looking forward to about this year's Grammys? How will you celebrate?

I’m really excited to be in the same room as so many talented musicians. It’s rare that we get to celebrate music with our peers, so I think it’ll be a good time. It’ll obviously be socially distanced and we’ll be wearing masks, but I’m so ready to experience whatever the Grammys look like this year.

What was the inspiration behind the "Lady Like" video?

A lot has happened in the two years since I put “Lady Like” out, and I wanted my fans to be able to see where I’m at now as a human. I’ve become very into the idea of self expression through fashion, and I wanted the video to have a more visuals of what “breaking stereotypes” looks like to me. The pandemic gave me a lot of time to think about what this song means to me, and I’ve realized it’s about so much more than just my personal experience. It’s everyone’s.

What does the term 'lady like' mean to you?

I’ve loved getting to hear stories from people about how they relate to the stories in my songs. Nothing is more fulfilling than that as a songwriter. The most challenging thing has been releasing a debut album at the beginning of a global pandemic, but I feel like it’s all worked out in some crazy magical way.