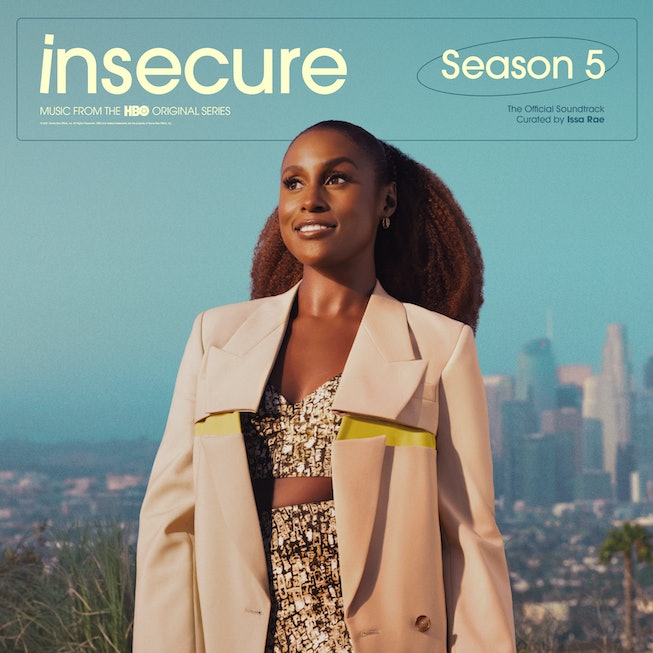 Issa Rae’s Insecure soundtracks have become a veritable institution over the course of the show’s five seasons. Since 2016, the show’s meticulously curated musical cues, hand-picked by Kier Lehman and Rae herself, have helped springboard many smaller artists into the spotlight, and even gained enough cache to become touted as a badge of merit for bigger artists. Now, as the show is in the midst of airing its final season, Rae has revealed the fifth and final list of songs that are making up the show’s season 5 soundtrack.

Insecure’s latest season kicked off with a bang in October with tracks from Saweetie — “Get It Girl” — and rising Ohio rapper and singer Nnena, and both artists are included in the new track list alongside Thundercat, They., TeaMarrr, Amindi, and more. See the full list per Variety, below.

More than mere music cues, the songs featured on Insecure have always played a large role in Rae’s story-telling, often revealing and mirroring the inner feelings and emotional turmoil of the characters on the screen. Over the seasons, the tracks featured began to carry a life and following of its own and even led Rae to establish her own record label, Raedio, with Atlantic Records in 2019.

For its final season, Rae also held an Insecure writing camp which invited 70+ artists, songwriters, and producers to L.A. to get a shot at creating music that could get featured on the show. TeaMarr and Josh Levi, two artists also signed to Raedio, were among the participants at the camp, and are on the final track list.

Reflecting on putting together the music for season 5, Rae told Billboard, “From the beginning, music has played an integral part in Insecure. The music itself is a character—it’s a friend, it’s a familiar voice and that’s always been the intention. Music has a way of taking us back to a specific memory or moment in time and I think a lot of people can relate to that when they hear a song on the show. When it came to developing the final soundtrack, I knew Kier and Raedio could capture that feeling and leave our fans with something they can always return to, while also providing a platform for emerging artists to have their voices heard on an international scale.”

Though Insecure is seeing its end, Rae has promised to keep the show’s musical legacy alive through Raedio. In the meantime, check out the full track list for Insecure’s Season 5 Soundtrack below.