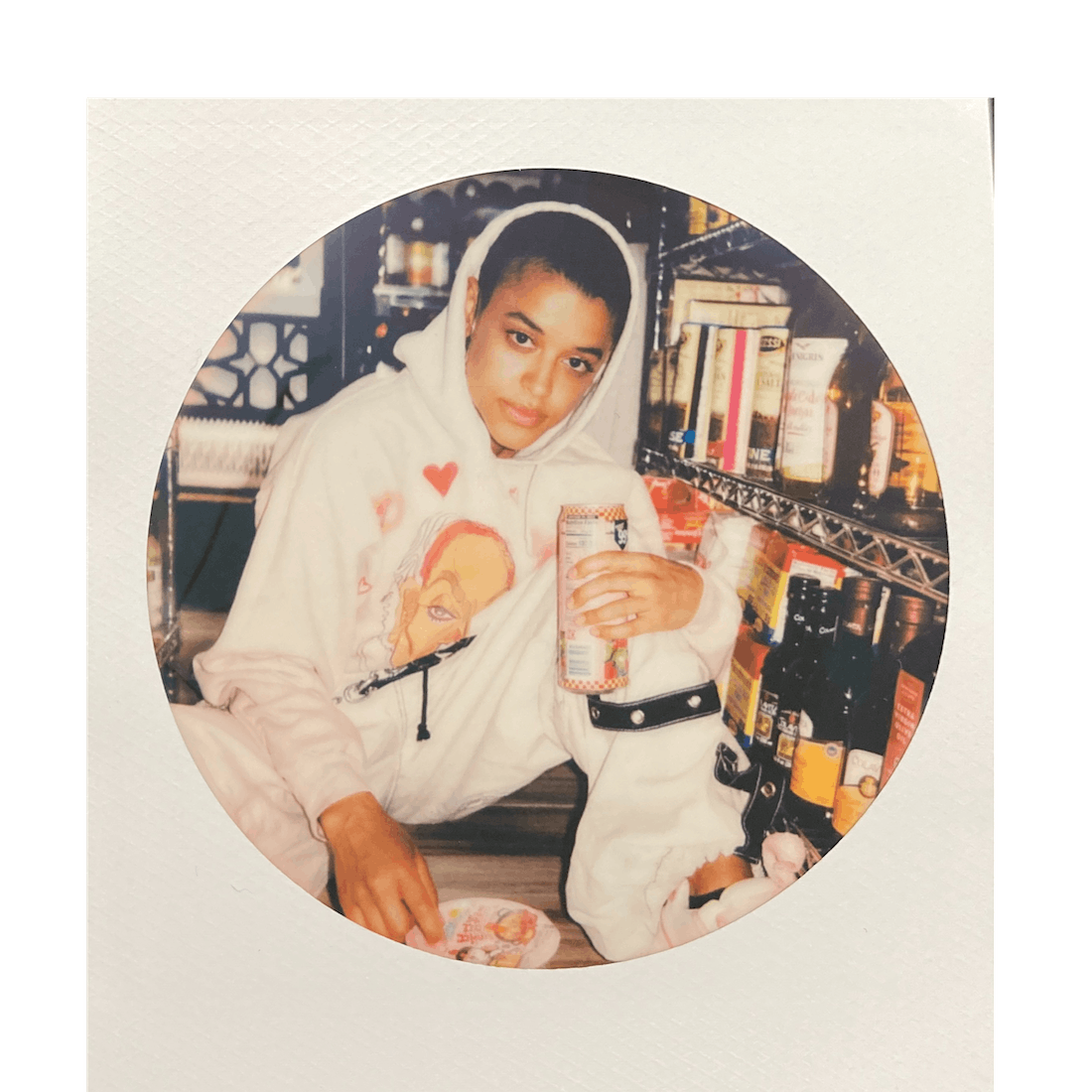 Up until late last week when the first trailer dropped, so little was known about HBO Max’s upcoming Gossip Girl revival that leaked photos of the show’s catering menu were considered breaking news. “Oh my God,” says star Jordan Alexander, laughing at images posted by DeuxMoi and then widely circulated around Twitter. “Yeah, main plot points,” she jokes. “They eat salmon.”

Talking over Zoom from her temporary apartment in Bushwick, Alexander is enjoying a rare morning off from set, eating her own, non-Craft service provided meal of macaroni and cheese “jazzed up” with spinach and mushrooms. But there’s no need to dwell on that: With just a few weeks to go before the show’s July 8 premiere, Alexander can finally start to talk about the highly anticipated — and tightly guarded — show.

“[When I first auditioned] it was given to me under a fake name, both the character and the show,” recounts the formerly Toronto-based actor. “I mean, I knew that it was Gossip Girl because they told me, but it was very, very under wraps. I just knew that [my character] was wealthy and popular and that was the extent of it.” Here’s what we (and Alexander) know now: On the newest retelling of the lives of the Upper East Side’s elite, she plays Julien Calloway, a social media influencer and Queen Bee of the NYC prep school set, who welcomes new girl Zoya Lott, played by Whitney Peak, into the fold. Gossip-fueled chaos (cheating scandals, online rumors, general drama) ensues.

“I did follow some influencers already, so I'm familiar with that world — from a distance, obviously,” Alexander says of stepping into the role. “Julien's an influencer in a different kind of way, in the sense that she really already had ‘it.’ It wasn't like she got there by being an influencer. She became an influencer because everyone was looking at her already.” Julien may be used to being the center of attention, but the spotlight (see: pictures of on-set menus) to the degree of Gossip Girl is still new to Alexander. Yet, she knows that falling prey to imposter syndrome is simply a waste of time. “I was on this whole journey for the past two years before this happened of really specifically trying to steer my life in a direction that I wanted it to go,” she says. “I felt like getting Gossip Girl was the culmination of all of that work… I felt like it was this spiritual response from the universe being like, ‘I see you and there you go.’ I'd already kind of dismantled the part of my brain that would be like, ‘Oh my God, you don't deserve this,’ or ‘This is too much and you can't handle it.’ It's wasted energy.”

She’s also had plenty of time to process it all — Alexander first auditioned for the role in February of 2020, was cast in August, and has been filming since October, thanks to COVID delays and restrictions. Thankfully, she notes, the cast immediately bonded, forming a tight-knit crew. While their characters might not get along, by Thanksgiving the actors were all spending the holiday together in a cabin upstate. “Whitney actually messaged me to have a call when I was still in Toronto [before filming], and for me, seeing a young, Black woman, immediately I'm like, ‘Bestie,’” she says. “There's definitely a bond there. And then, we all got together and it just gelled and jammed, and it was good.”

Returning back to high school, however, wasn’t as easy of a transition — especially for Alexander, who attended a new school for the last six years of her education. “They were a lot of different things,” she says. “One year I went to this really wealthy school, but then another I went to a not-so-wealthy high school. When you go to a lot of different places, you kind of become different iterations of yourself. I really believe that stability is an illusion, and I feel like after the COVID situation, we're all kind of like, ‘Whoa. Yeah.’ That was my whole existence, where I was not bonded or tied to these things that create stability for me. My sense of self comes from within, but it took a while. I would say I probably had established it by about grade 11, because then I went to this really wealthy school in a very predominantly white neighborhood, and my response to that was not in the least to try and fit in or anything like that. I was like, ‘Cool. I don't fit in here. I love that.’”

The new iteration of Gossip Girl, she notes, will include all the high-stakes glamour and drama you miss from the original series, while better portraying the diverse, real-life people you’d meet in New York City. “It's so camp,” she says. “It's extravagant in every way possible, but they have also very carefully created this world where you are totally adrift in the fantasy and the campiness, but you are subtly being confronted with these issues ... I feel like that's what good art does. It creates a palatable way to move society forward.” For Gossip Girl viewers, that means a more diverse cast and storylines that delve into LGBTQ+ relationships.

“I have a juicy piece that there is something coming for the girls and the gays,” says Alexander, who identifies as queer and is currently dating model and activist Shane Homan. “When it comes out, I will talk about why I love it so much, but obviously right now it's pretty under wraps. But I got to see a clip of it, I was like, ‘That was so good. That was so well done. That was so realistic.’ So be excited for that. And then more of that, because we're just getting started really.”

This June also marks the first Pride that Alexander will spend in New York City, having spent the last few years performing (she’s also an accomplished musician) at Toronto’s parade. Though her time to explore New York has been limited due to long hours on set, she’s already gotten a taste of the city’s gay culture that has her excited for more. “The drag here is next level,” she says. “I went to this outside thing, and these drag queens were f*cking killing it, on literal concrete — don't care, down on the knees going. But yeah, the park by my house, they had a Trans Day of Visibility performance, and there was music and drag performance and it was like, ‘Wow.’ I was like, ‘Oh my God.’”

It’s the kind of reaction that she hopes to have with her own music, which is currently on the back burner as she focuses on Gossip Girl — “I like to be very, very gentle with myself, so I'm not trying to put too, too much on my plate” — but still a very important part of her creative output. “I feel like if a drag queen would perform my music, that is what's up,” she says. On theme with the unofficial summer of pop-punk, she’s also been working on music that she describes as “very 2000s” and “Blink-182 inspired.”

Based on that teaser alone, there’ll hopefully be much more to come on the music front from Alexander, but for now, she’s savoring these last moments of anonymity before the lines between her and the uber-popular Julien Calloway become blurred. “My life isn't that different right now,” she says. For now, the only barometer of her burgeoning mega-fame is very Gossip Girl 2.0: Instagram followers. “When I first got to New York, I think I had like 5,000 Instagram followers, and then it jumped to about 20,000, and that was crazy,” she says. And the ultimate sign of an international star being born: she’s started to get “Come to Brazil” comments. “Yeah,” she says, laughing. “I have two fan accounts from Brazil.”

Styling by Livia Rose Johnson. Special thanks to Polaroid.