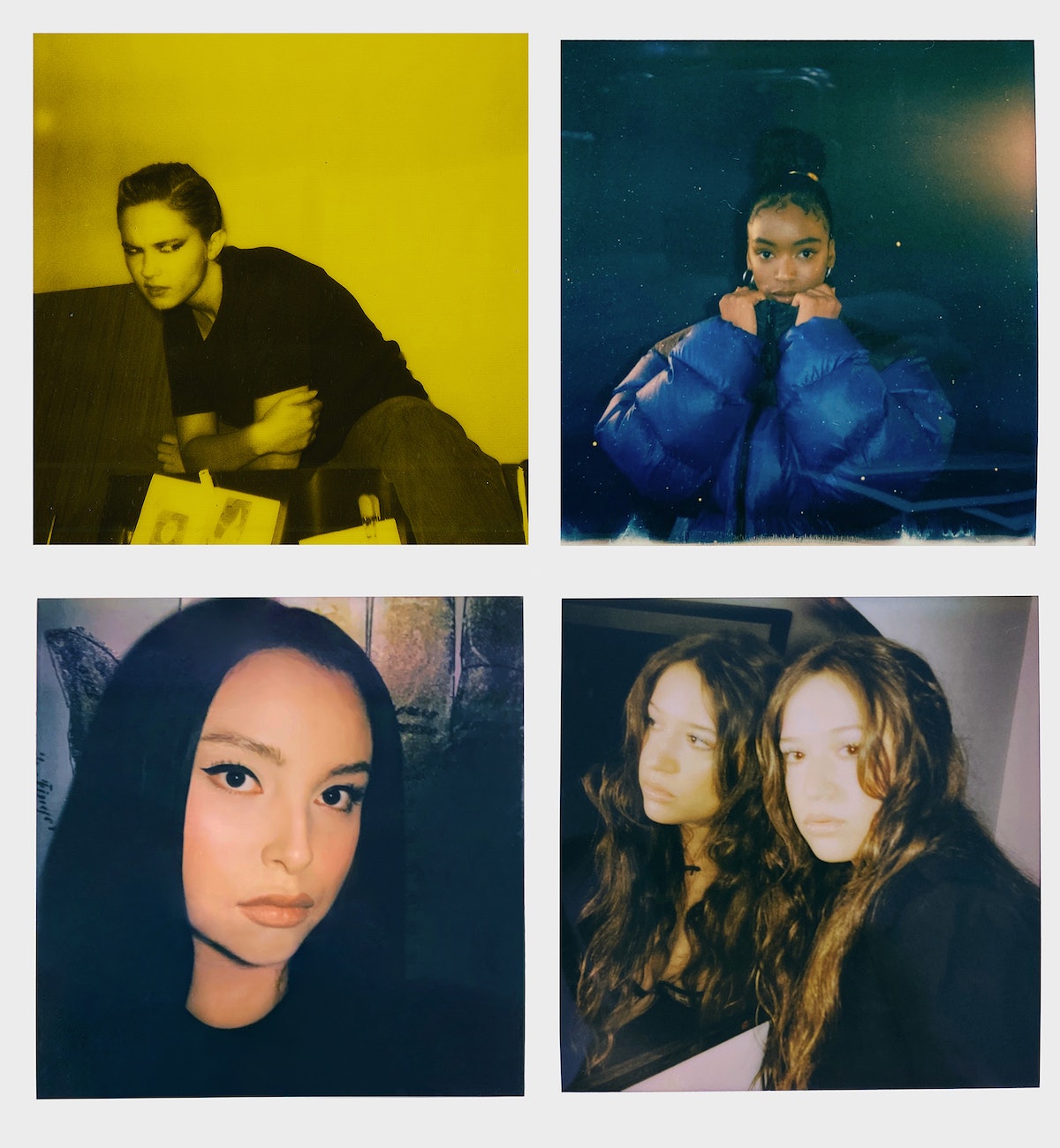 This piece contains mild spoilers for The Craft and The Craft: Legacy.

In 1996’s The Craft, a red-lipped, gothic rosary-wearing Fairuza Balk empowered underdogs everywhere with the deadpan delivery of the line, “We are the weirdos, mister,” when a well-meaning bus driver warns her and her friends to be wary of strange people. Her iconic turn as Nancy, a teen witch coven leader who goes mad trying to harness her powers, influenced a generation of adolescent misfits, occultists, and girls just trying to survive the sometimes brutal social hierarchy of high school. Now, The Craft: Legacy picks up where the original left off — if not chronologically then in spirit, both otherworldly and otherwise.

As in the original, Legacy begins with a new student (Cailee Spaeny as Lily) arriving at a prep school where she doesn’t quite fit in but is quickly invited to join a coven of witches looking for their fourth (one for each of the cardinal directions and elements). As Lily, Lourdes (Zoey Luna), Frankie (Gideon Adlon), and Tabby (Lovie Simone) develop their friendship, they also learn to manifest their innate, budding magical powers — a metaphor, as in the first film, for the experience of adolescent girls coming into their own as young women.

The new iteration, which is a sequel rather than a reboot, is a fully Gen Z update. When the original movie first came out, with Robin Tunney as the new girl, Balk as the slightly deranged leader of the coven, a pre-Scream Neve Campbell as a burn victim, and Rachel True as the sole Black character (who experiences horrible racism from a school bully), it was a surprise hit. Capturing era-specific angst along with the universal experience of adolescent insecurity, the film, written by Andrew Fleming and Peter Filardi, became something of a rite of passage for girls learning to empower themselves.

In the 2020 version, Zoe Lister-Jones’ crew of ragtag girls are still outsiders at school, but the enemy is clearer: toxic masculinity, as expressed by Lily’s suspect stepfather (David Duchovny), her bully-turned-crush Timmy (Nicholas Galitzine), and the culture that enables them. The witches sneak into Timmy’s room to cast a spell after he humiliates Lily on her first day, later resulting in an uber-woke himbo version of Timmy who is mindful of the oppressed, free with his feelings, and irresistible as he plays Princess Nokia at parties and calls women “womxn.” Things eventually go awry, and in a callback to the original film, the original characters are vindicated and the loose ends that may have been acceptable in the '90s, but not today, are tied.

The Craft: Legacy also sets up the central conflict as being between men and women — with toxic masculinity proving to be the true enemy hiding in the shadows. Where the original played on tropes of competitiveness in female friendships and backstabbing over boys, the 2020 version finds all of our outsider witches coming together to destroy the patriarchy. It’s fun to watch, and frankly, realistic, if not deeply complex. There is also less focus on the actual occult, though a Ouija board, a game of “light as a feather, stiff as a board,” spells and potions, and enchanted Euphoria-style makeup all add to the film’s witchy aesthetic. But in the new Craft, magic comes mostly from within and is used (mostly) for good.

What makes Legacy truly compelling is the friendship shared between the four witches, embodied on screen by the immediate and obvious chemistry the lead actresses share. On a Zoom call, they quickly relaxed into a natural rhythm, bantering about days on set and what they’re up to now, quarantined in their respective parts of the country. Talk about vintage finds from Toronto (where they lived together in a hotel while filming, cultivating what Adlon called “genuine coven energy”) and Evil Eye New Orleans kettle chips was interspersed with declarations of, “Guys, I wish we were really together right now,” and the kind of tiny silent dance moves you’d do to make your friend laugh across a room. The sisterhood seen on screen was real, in other words, and the inclusive message of The Craft, both original and new, was lived by the cast themselves.

“We're all very different people in the movie, and we all come from different backgrounds,” Luna, who is trans and plays a trans character, said. “I feel like in a lot of situations in real life, there'd be exclusivity, and an exclusion from each other like, ‘You didn't go through this,’ and, ‘You didn't go through that,’ and it's very more like, ‘OK, we're all just friends. We're all just witches who are all going to accept and are going to heal with each other and bring something into this world together.’"

It was time spent the way girlfriends do — together, hair down, often with food on hand — that really brought the group closer. “One of my favorite things is how Lovie really took care of us,” Adlon, the daughter of Pamela Adlon and much of the film’s comedic relief, said. “She made us tea when we were on our periods, and it was just so nice because it was cold, and it was winter, and sometimes we'd cook each other dinner and just eat together, just sit around all day and do nothing.”

Simone, who also sometimes led the group in meditation, confirmed the benefits of all that bonding time. “It was nice. We did a lot of stuff, right girls? We spent a lot of time together doing witch-ish, but also some girl stuff. Just hanging out, going out to eat, just experiencing each other, and especially learning about each other was amazing. I love how towards the end of filming, Cailee or Gideon or Zoey would be like, ‘Yeah girl, don't you need to get your eight hours? So you got to go, right?’ And I'd be like, ‘Yeah, thank you. You understand.’ So it's experiencing each other and learning each other. That was cool for me.”

The cast also helped one another in their witchcraft studies, with Spaeny as the true novice, mirroring the setup of the film. “The other girls were more into witchcraft,” she said. “I actually had never really taken time to understand what it was or the history behind it, and I'm starting to implement it into my life now after the movie. In my quarantine routine, whenever a new moon or full moon comes around, I’m doing some sort of bath ritual or writing down my intentions in a journal.”

Magic as a portal for self-actualization and healing is a centuries-old concept that plays particularly well for the current times. With Pam Grossman, author and host of The Witch Wave Podcast, and Bri Luna of The Hoodwitch acting as script consultants, any spells used in the film were made as authentic as possible (without being too real). Grossman also choreographed the spell-casting scenes. “I listened to [The Witch Wave] all the time when I was driving. I just thought it was really cool because of how it's normalizing witchcraft, but also being like, ‘It’s not something to mess around with.’ Because you know Urban Outfitters and all these places sell witch kits now. And now that I've learned a lot more, magic doesn't mess around — it's real.”

The film’s mantra, repeated often by Lily’s mother (Michelle Monaghan), is that “your difference is your power.” It sounds straightforward enough, but if it were that simple, then there’d be no such thing as growing up. The Craft encourages young people to resist conformity, and instead mine internal depths they might otherwise be afraid of.

“I think that Lily kind of represents all of us at one point or another,” Luna explained. “She's new, she's fresh. She doesn't know anything about witchcraft or anything, and she's going through a lot in the movie. I think that regardless if you have people [in your corner] or not, it's always you that needs to take the first step to heal, and to embrace the positive in your life.”

It’s that turn toward healing that so reflects the mood of the current generation. The original Craft was a cultural departure from its peers — teen movies like Clueless, American Pie, and She’s All That celebrated the popular kids, whereas The Craft was always a little more Carrie meets Heathers. The new iteration bypasses much of that cultural legacy by tapping into the internet, where modern-day witchcraft is flourishing among Gen Z. #WitchTok, #witchesofinstagram, and Pinterest boards filled with inspiration are just the tip of the wand when it comes to covens living online. The virtual hallways of the internet are where another major shift has happened, led by young people whose goal it is to normalize the experience, discussion, and treatment of mental health issues — and the two often overlap.

“I think any form of healing right now, I'm down to try any and all,” Spaeny said. “Mental health has been such a big thing for me, and whatever is going to unlock that, I'm going to try. And I feel like witchcraft has been that for me, and it's connected me more towards my body and my sexuality, and to the earth.”

Simone added, “I think with the way society is going, how we're a little bit more flexible in the sexual spectrum, is just getting so much more broad. And I think when people are trying to settle into themselves, whoever that may be, whatever system was made for the white man, it doesn't go with anybody changing anything. People are saying, ‘Whoa, my religion this whole time has kind of been suppressing me,’ and I feel like people are uncomfortable. What happens when you're uncomfortable is that you become super aware, and so then you're like, ‘OK, there has to be another way. I have to move in another way because I'm extremely uncomfortable in my awareness.’ People are looking to witchcraft since that is another form of healing that's just a little bit more on the maternal, take-care side rather than the patriarchy of Christianity and all that stuff.”

“If you look back on what it was, in history," Simone continued, "it was women, the women in town that were single, they were getting blamed for the killings in town. Just being an independent woman, I think, is the heartbeat of that. Going off your own course and being different and being a weirdo.”

The Craft: Legacy is now available for rent and purchase on iTunes, Amazon Prime, Vudu, Google Play and FandangoNow.