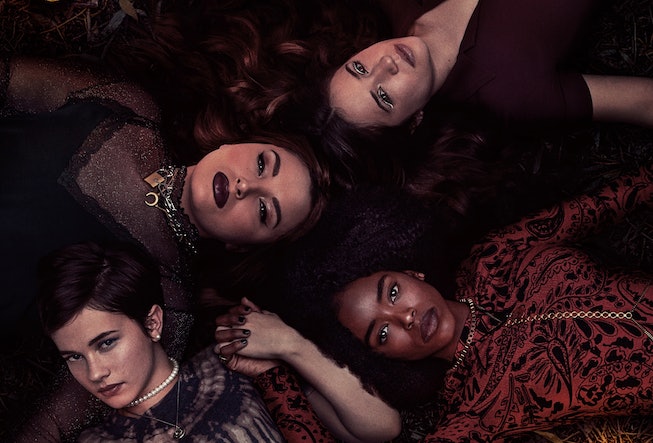 The 1996 film The Craft, about four teenage witches who discover their exponential power when they join together in a coven, is a cult hit for a reason. The film captures the angst, fashion and feminism of the '90s all while exploring witchcraft in a way not seen before in pop culture. Robin Tunney, Fairuza Balk, Neve Campbell, and Rachel True played the teens whose powers and plans get a bit out of hand, unleashing consequences they never intended — and can never take back.

Now, Blumhouse Productions' The Craft: Legacy follows the thread of the original film by introducing four new teen witches finding their way and each other in 2020. Written and directed by Zoe Lister-Jones, the film stars Cailee Spaeny, Gideon Adlon, Lovie Simone and Zoey Luna as the four aspiring witches, with Nicholas Galitzine playing the role of the unwitting target of their spells and Michelle Monaghan and David Duchovny as the parents of the new witch in town (Spaeny).

The Craft: Legacy, which premieres on demand October 28, 2020, is all about sisterhood, friendship and the battle between good and evil. In other words, it's perfectly fitting for the times we find ourselves in. For an exclusive look into the making of the film, watch below: