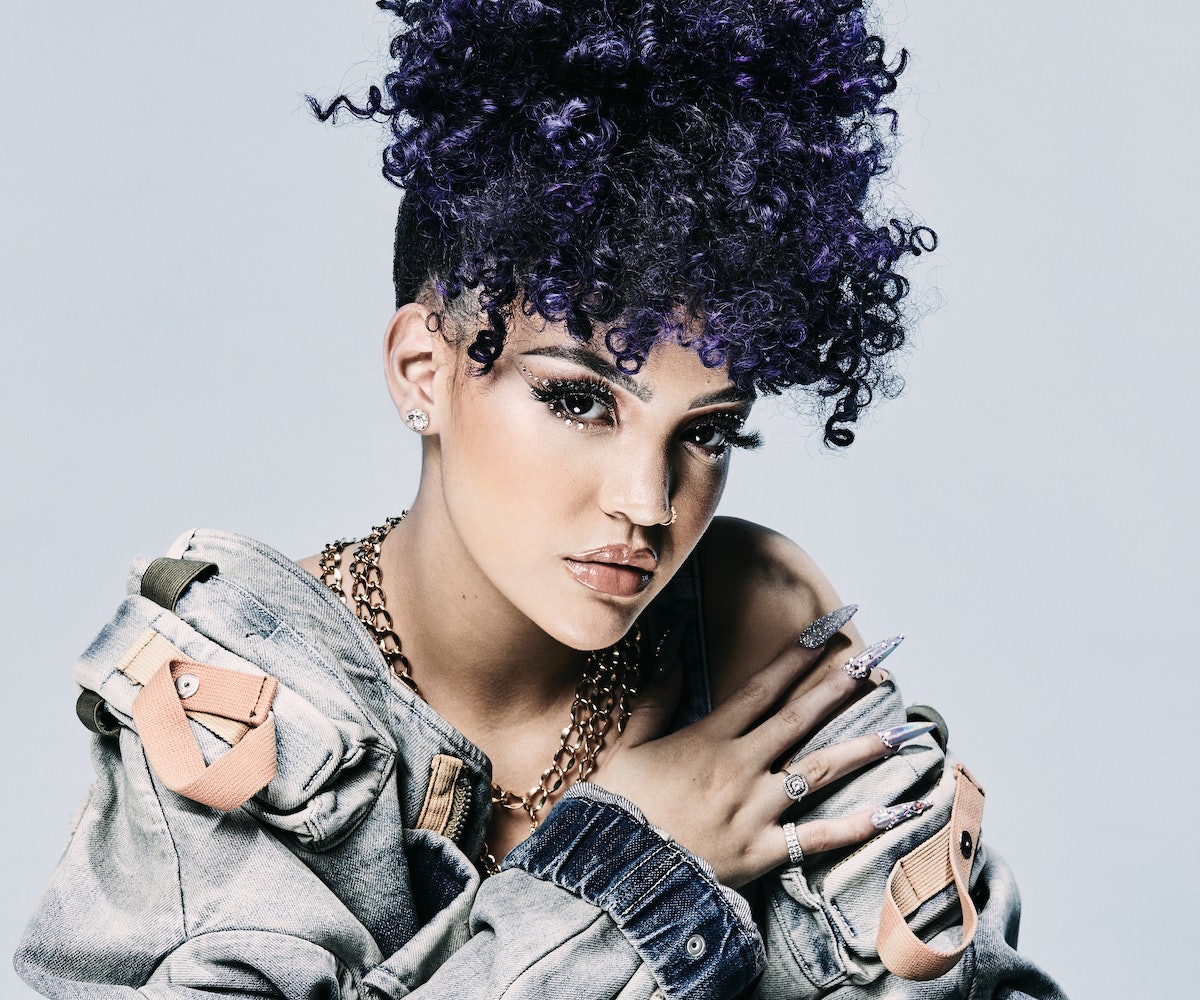 Rising New Jersey-based singer IV Jay has been slowly blowing up after signing to Atlantic Records in 2018 at the age of 16. Since getting her start on Instagram posting song covers of Alessia Cara and Childish Gambino (her name itself a nod to "IV. Sweatpants" from Gambino's Before The Internet), Jay has been releasing a steady drip of dewy R&B, with her clear-eyed vocals and stories of growing up at the lyrical forefront.

Her most recent release, "The Hard Way," catches a light groove as Jay sings about learning to rely on herself for her own happiness. On Wednesday, NYLON premieres its animated video — a quarantine creation that feels as sweet as the memory of waking up early for Saturday morning cartoons (though with an inadvertent joint-rolling tutorial in the middle). Illustrated by Casielle Gaerlan, the video follows Jay as she works through a fresh breakup, rifling through old mementos, memories, and lyrics doodled onto notebook paper. Be sure to watch until the end, though, for its cute ending.

Of the song, Jay writes in an email: "'The Hard Way' for me is about going through life and learning lessons. In order to grow and get through life, you have to learn the hard way and start seeing the beauty in your mistakes instead of dwelling on the negative." Watch the clip in full, below.